Among structural and regulatory RNAs, the newest kids on the block have sparked a flurry of breakthrough discoveries in just three years. Tiny RNAs, called microRNAs (miRNAs), roughly 22 nucleotides long, are processed from stem-loop transcripts and bind and direct the repression of target mRNAs. Though both short interfering RNAs (siRNAs) and miRNAs are processed from double-stranded precursor transcripts by the Dicer nuclease, other events appear to diverge.

This issue's Hot Papers focus on the discovery of miRNAs in plants. David Bartel's group at the Whitehead Institute for Biomedical Research and the Massachusetts Institute of...

Micro RNAs had gone long undetected owing to their tiny size and lack of open-reading frames. To date, miRNAs are found only in complex multicellular organisms and are conserved from worms to humans. In the plant world, they're conserved among such anciently diverged plants as and rice.

In 1993, Victor Ambros and colleagues discovered the first 22-nucleotide RNA, .5 In 2000, Gary Ruvkun's group found another, .6 Both were discovered by their mutant phenotypes in ; and mutants affected developmental timing and cell fate during the first and fourth larval stages, respectively.7 The floodgates opened in 2001, when three groups including Bartel's reported an abundance of miRNAs in through cloning and bioinformatics.8910

In this issue's first Hot Paper, Bartel and his group turned the scope on plants. They teamed up with his sister, Bonnie Bartel, at Rice University in Houston, for her expertise with . They used the same cloning strategy they'd previously used for isolating animal miRNAs and then analyzed resultant sequences, finding 16 miRNAs.1

The Bartel group's second Hot Paper showed that one could identify targets of miRNAs simply by sequence analysis.2 When they aligned plant miRNAs with their mRNA targets, says David Bartel, they found near-perfect pairing, quite different from what had been characterized in metazoans.

In animals, miRNAs rarely pair so extensively with their mRNA targets, making them somewhat trickier to find. Of roughly 22 nucleotides, only 13 or 14 complement their mRNA targets, says Chris Burge, a computational biologist at MIT and a coauthor on one of the Bartel group's papers. "In animals, the complementarity is so low that it doesn't jump out," says Burge. Bartel adds, "It was hard to believe it could be that easy in plants."

And the surprises didn't stop there. "When we saw the identity of the targets, it was even more amazing – all of these transcription factors involved with known or suspected roles in plant development. Suddenly we knew what most miRNAs were doing in plants," Bartel adds.

The two papers published by Carrington's group revealed a similar story. In their paper, they identified a large set of small RNAs from , three of which were miRNAs.3 And in a paper that year, they confirmed the cleavage activity of miRNAs in plants.4 Their experiments demonstrated that one particular miRNA, designated , directs cleavage of its mRNA target, confirming the hypothesis put forth in the other three papers.

While looking at gels in which mRNA targets had been run, they noticed full-length mRNA in some lanes, but others had a smaller species. "We were staring at these gels one day and I asked my postdoc, 'What is this?"' says Carrington, referring to a small but discreet band appearing in lanes corresponding to tissue with in high abundance. Neither Carrrington nor his postdoc knew what it was but suspected that the truncated mRNA could be the cleavage product of .

"That was the key motivation: to design experiments to test the idea that the role of these miRNAs was to degrade or destroy their targets," explains Carrington. They set up a series of experiments to confirm this, and did just that. "If we mutated the mRNA target to destroy the target site for , then we eliminated the ability to guide cleavage of the mRNA," says Carrington.

The cleavage, believed to happen through an RNA-induced silencing complex (RISC), leaves a 5' monophosphate at the end of the processed mRNA rather than a 5' cap. This serves as a diagnostic feature for the processed mRNA targets. MIT cell biologist and Nobel laureate, Phil Sharp, says the assay developed by Carrington's group is used widely today to identify the target mRNAs cleaved via their interaction with miRNAs.

"It was the first case where an miRNA was shown to direct cleavage of an mRNA," says Burge, adding that, in animals, miRNAs were thought to be involved only in translational repression. These distinguishing features, combined with their important role in plant development, is why these papers had such a big impact, Burge says. The Bartel lab has subsequently used Carrington's method to show that one of the mammalian miRNAs also directs cleavage of its target.11

Another distinction is the miRNA-mRNA target interaction. Carrington describes animal-target mRNAs as being like "strip plugs" that have multiple sites where miRNAs can plug in. "It's a bigger effect if many miRNAs interact," resulting in a dosage response, he explains. Plant mRNAs, however, are the equivalent of a single socket, accommodating only one miRNA at a time, he says.

But for all the startling details, the center of the work was rather straightforward. "Simply by sequence analysis, you could identify the probable regulatory targets of plant miRNAs," explains Burge. Prior to the publication of these papers, miRNAs were seen only in worms, flies, and humans.

Yet they had gone undetected in organisms for years, says Ruvkun, "because they're tiny and redundant and, therefore, hard for genetics to hit." That they have been systematically missed underscores the importance of their discovery in plants, he adds. " [This] work is a case of really superb use of new data."

"Talk about tunnel vision. We could have done this twenty years ago," says Sharp. "It's as retro a discovery as you'll ever see." But researchers can take heart for missing something so crucial to development in plants and animals. "If we didn't have a genome, this would have been extremely difficult to do," explains Duke University plant biologist, Philip Benfey.

And what was the impact of the plant papers among those in the animal field? "Envy, literally," laughs Ruvkun, referring to the nearly 50 targets of plant miRNAs that had been discovered at a time when only three had been found for the metazoan miRNAs.

Sharp says that currently 250 human genes, by conservative estimate, are now known to encode miRNAs. Many labs are now looking for the mRNA targets and functions in both plants and animals. For example, Bonnie Bartel's lab recently described the function of one in particular, the plant miRNA .12 Overexpression produces organ fusion: leaves fused to leaves or stems, or floral organs mashed together. "Overall," she says, "These miRNAs have given more dramatic developmental phenotypes than I've ever seen."

These hot papers have sparked a hotbed of discovery. "This is a field in which thousands of people are going to be working," predicts Sharp. "It's a field that is clearly developing quickly, and there is still a lot to be done." 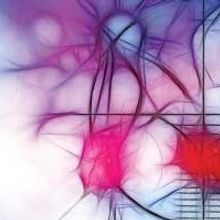 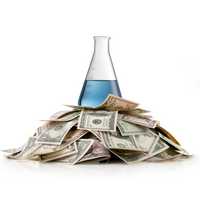