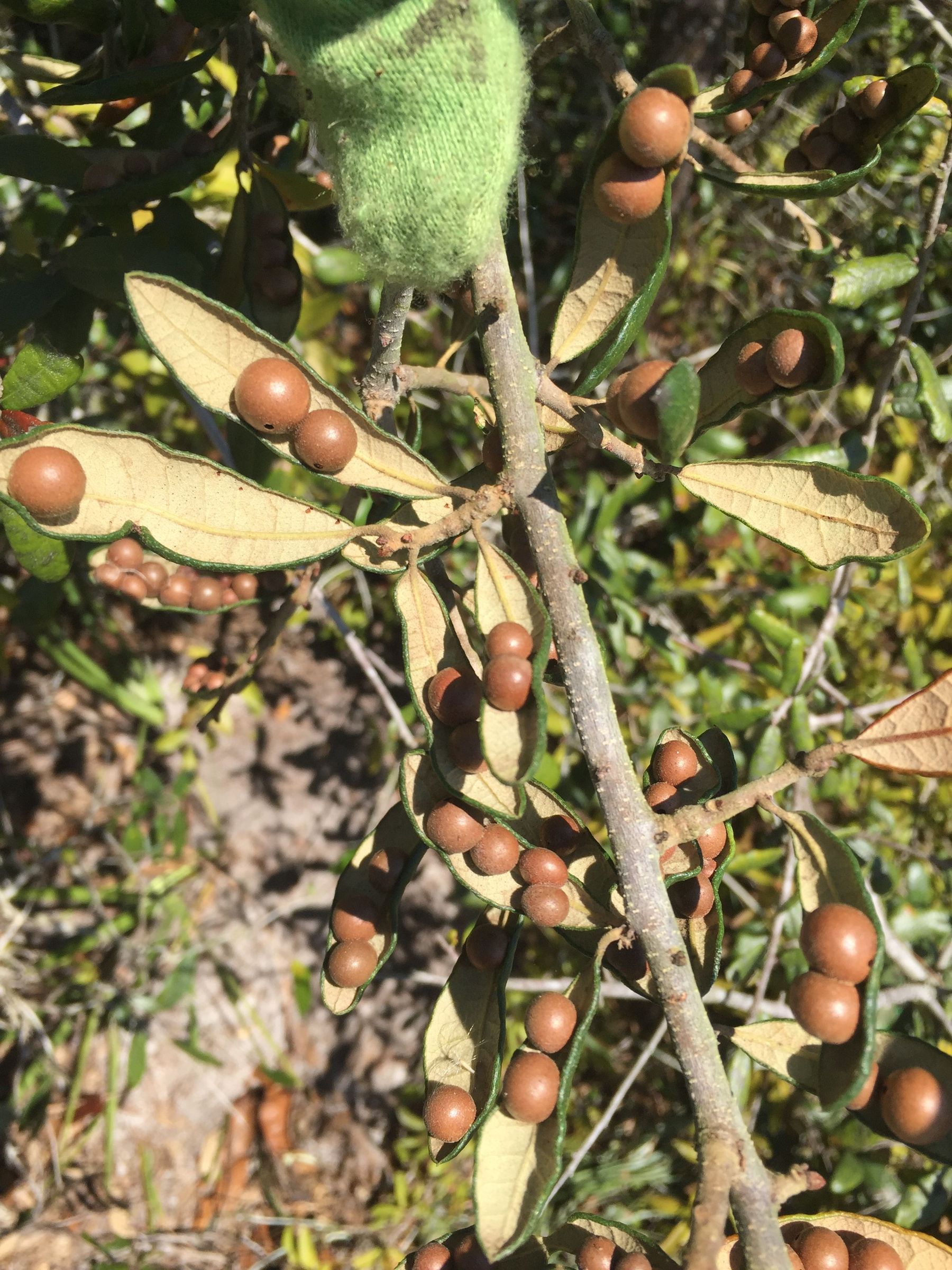 ABOVE: This image shows the galls in which the wasps develop and the attached love vine.
BRANDON MARTIN - RICE UNIVERSITY

Researchers have found an example of two parasites interacting on a shared host for the first time. Love vines (Cassytha filiformis) surround wasp-containing tumors, or galls, growing on the underside of young oak leaves in South Florida. Both the vines and wasps prey on the oak, but when the two occur together, the vines drain the wasps maturing inside the galls and leave behind mummified adults. “Basically, you have a parasitic plant attacking a parasitic insect inside of another host, a host they share,” coauthor Scott Egan, an evolutionary biologist at Rice University, says in a statement.