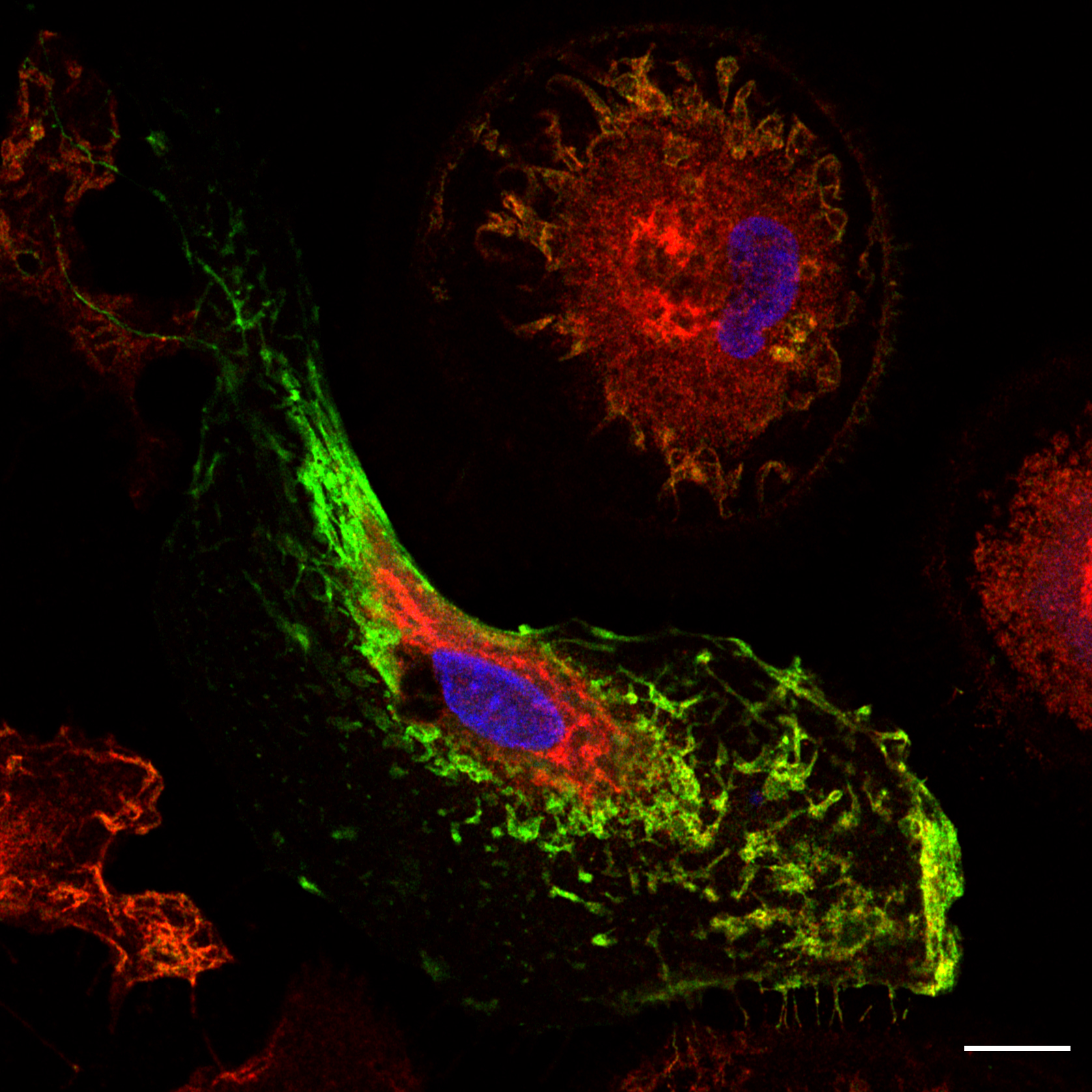 Human macrophages stained with TREM2 (red) and MS4A4A (green) proteins. Little is known about MS4A4A function in the brain, but the protein may affect soluble TREM2 levels. Scale bar is 10 µm.
FABIA FILIPELLO AND DENNIS OAKLEY

Variants within a specific gene cluster can either raise or lower a person’s risk of developing Alzheimer’s disease, researchers reported August 14 in Science Translational Medicine. The authors analyzed the DNA of 813 older adults and sampled their cerebrospinal fluid for soluble TREM2, a protein that helps immune cells in the brain clear away excess amyloid and tau protein. They spotted two distinct patterns of mutation in the MS4A gene cluster, previously linked to Alzheimer’s. One variation was linked to low levels of soluble TREM2 and a high risk of developing the disease, the second to high TREM2 levels and a low risk.

“We have provided strong evidence of a biological link between TREM2 and proteins in the MS4A gene cluster,” says coauthor Laura Piccio, a neurologist at the Washington University School of Medicine in St. Louis, in an announcement. The finding points to a novel target for future Alzheimer’s treatments, she says.