ADVERTISEMENT
ADVERTISEMENT
This image shows one of the Neanderthal footprints found at Le Rozel.
DOMINIQUE CLIQUET (2019)

Researchers have found 257 Neanderthal footprints over a period of five years at the Le Rozel archaeological site in Manche, France. The footprints were made in soft, sandy ground approximately 80,000 years ago, a time when Neanderthals were the only hominin in Western Europe. The team, led by Jérémy Duveau at the Muséum National d’Histoire Naturelle, Paris, published its findings in PNAS September 9.

The group that made the prints is thought to have been made up of 10–14 individuals. Based on foot size and height estimates, the researchers determined that the majority were adolescents and children, with the youngest being around two years old.

According to the researchers, these tracks represent the largest assemblage of Neanderthal footprints to date and provide a unique source of information about the size and composition of a... 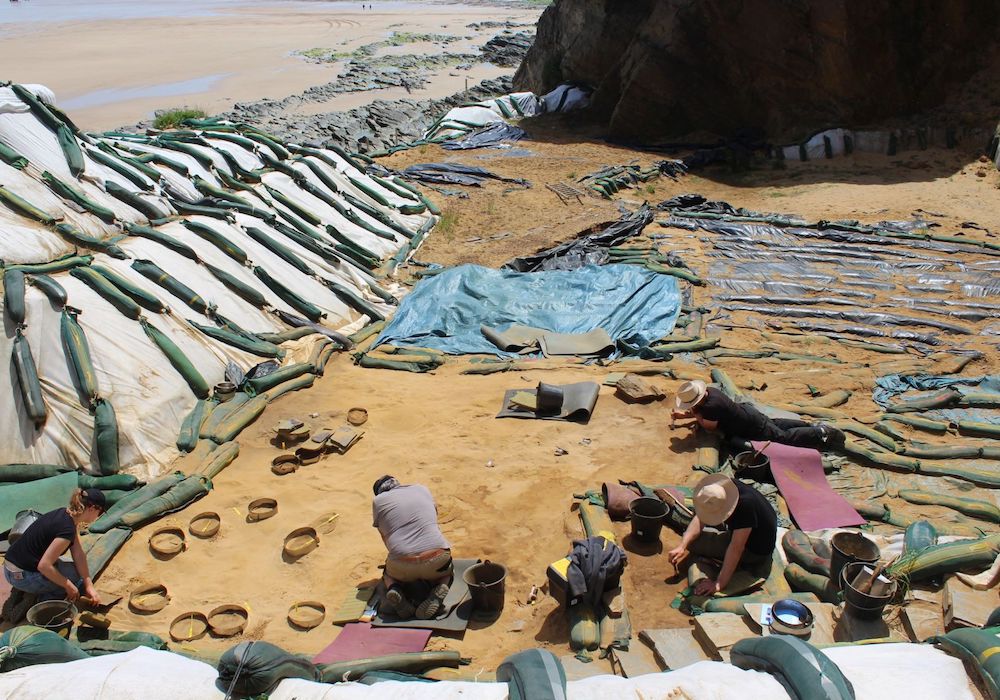