Researchers at the University of Pittsburgh have designed a biodegradable nerve guide capable of regenerating damaged nerves in monkeys without the need for grafts or stem cells, according to a study published on January 22 in Science Translational Medicine.

“We’re the first to show a nerve guide without any cells was able to bridge a large, 2-inch gap between the nerve stump and its target muscle,” says professor of plastic surgery and coauthor Kacey Marra in a press release emailed to The Scientist.

Marra and her colleagues severed nerves in the forearms of rhesus monkeys and inserted polymer tubes made of the same material as dissolvable sutures and covered in a neurotrophic factor. After a year, the nerve guide had outperformed a best-case-scenario nerve graft, restoring nerve conduction and insulation, as well as roughly 80 percent of fine motor control.

“There are no hollow tubes on the market that are approved by the FDA for nerve gaps greater than an inch,” Marra says in the statement. “Once you get past that, no off-the-shelf tube has been shown to work. That’s what’s amazing here.” 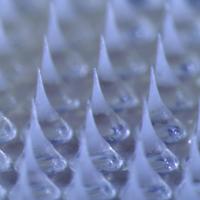 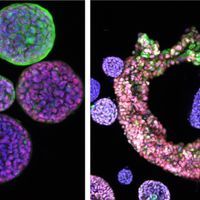 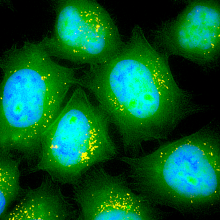