Plants need carbon dioxide for photosynthesis, but freshwater aquatic plants can have a tough time getting enough of it from water. To overcome this, some also make use of bicarbonate, inorganic carbon derived from the weathering of rocks and soil. An increase in bicarbonate due to human activities could alter these aquatic ecosystems, according to a study published Friday (November 15) in Science.

According to the paper, human activities such as deforestation, increased cultivation, and the use of nitrate fertilizers are all contributing to a large-scale increase in bicarbonate... 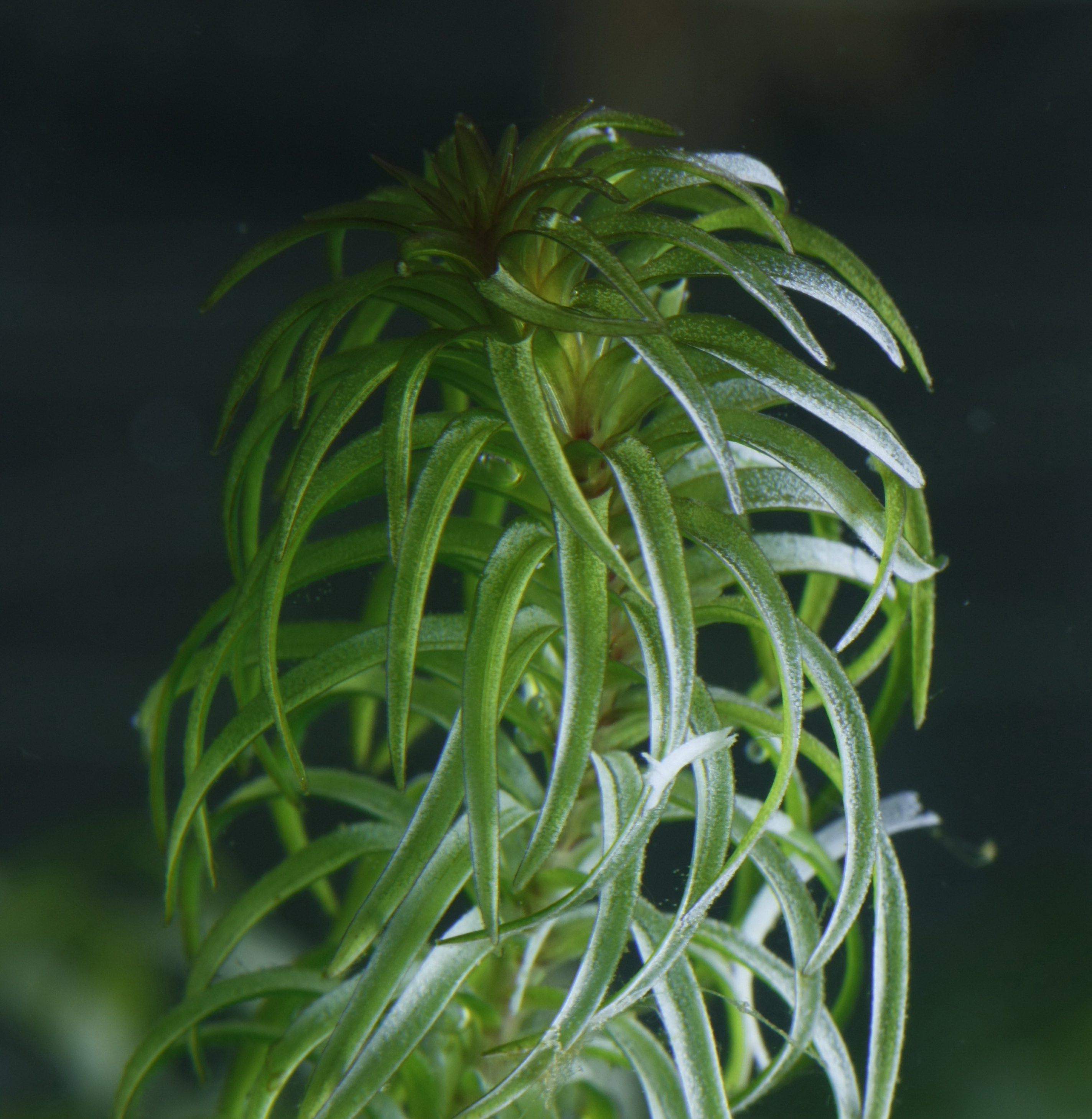 The white material on this curly waterweed (Lagarosiphon major) is precipitated calcium carbonate, formed as a byproduct of photosynthesis using bicarbonate.
OLE PEDERSEN