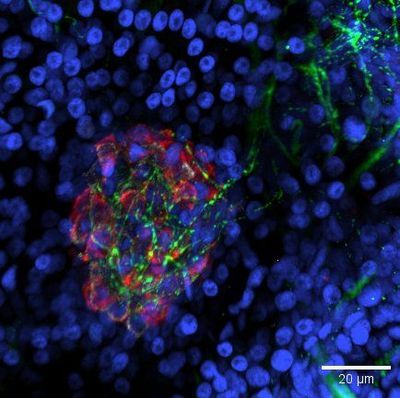 Researchers used time-lapse imaging and genetic analyses to study the development of the zebrafish pancreas, according to research published in eLife on June 19. They found that precursors to neurons that innervate the pancreas stay close to endocrine cells during early development, and later, move away after setting up neuronal networks with the islets in the organ. By studying this process, the scientists aim to understand its effects on the neuroendocrine system and in disease.