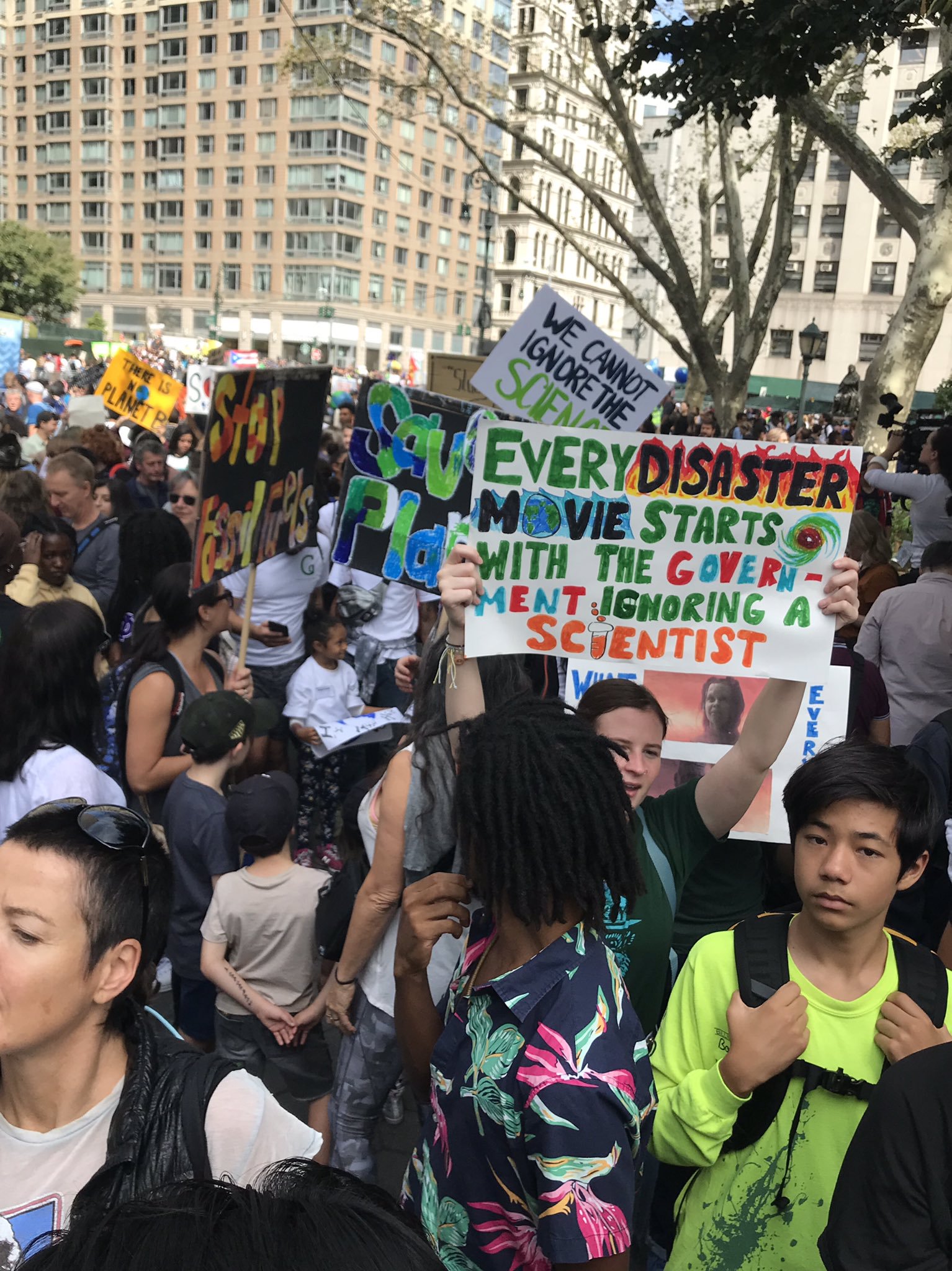 At New York City’s climate strike, where this photo was taken, thousands of people rallied for climate action.
EVON HEKKALA

Millions of people gathered worldwide to call for urgent action on climate change during the Global Climate Strike today (September 20). According to a tweet from climate activist Greta Thunberg, 139 countries held rallies. In Manhattan, at least 100,000 people gathered, according to USA Today. The strikes were organized by young people across the world as part of the Fridays for Future campaign founded by Thunberg, and New York City schools excused students to participate.

The events were timed to take place just ahead of two major United Nations climate summits: the Youth Climate Summit, the first UN Climate Summit for young people, on Saturday (September 21), and the 2019 Climate Action Summit on Monday (September 23). Government and business leaders are meeting on Monday with plans to address the planet’s climate crisis, with the goals of lowering carbon emissions by 45 percent by 2030 and reaching carbon neutrality by 2050.