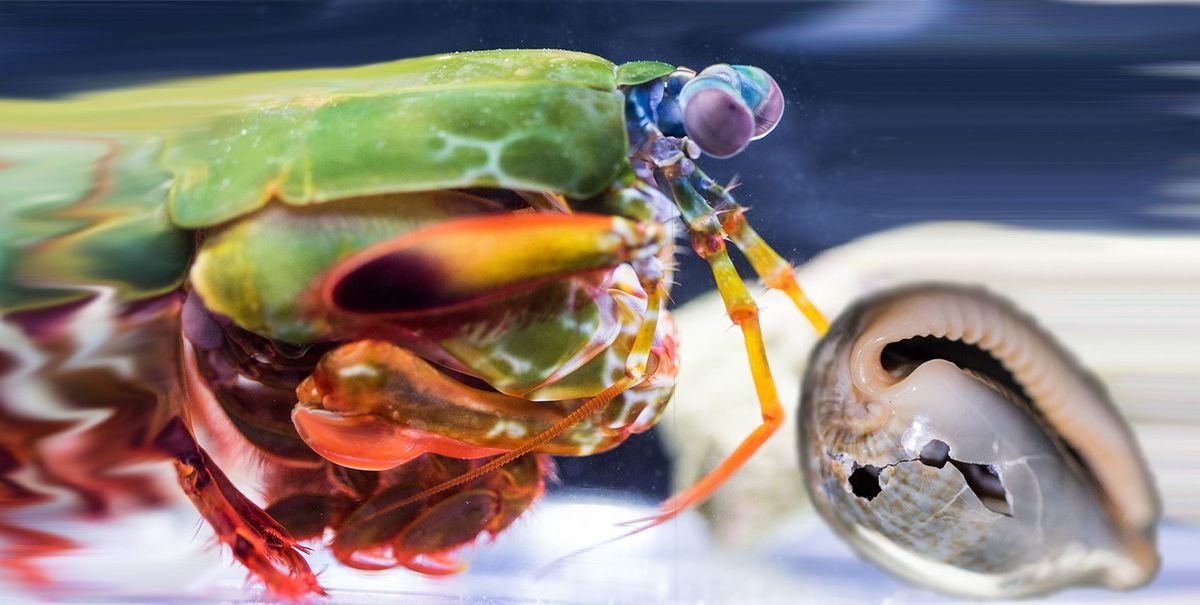 The dactyl clubs (the yellow limbs) a peacock mantis shrimp uses to attack prey harbor a spring-like structure that adds oomph to their strikes.
MARYAM TADAYON AND THE BIOLOGICAL AND BIOMIMETIC MATERIALS LABORATORY

The colorful peacock mantis shrimp (Odontodactylus scyllarus) packs an enormous punch into its dactyl clubs, limbs at the front of its body the crustacean uses to beat the life out of prey. That strength isn’t from muscles alone, researchers reported yesterday (October 18) in iScience, but from saddle-shape bilayer structures that act as springs.

“Nature has evolved a very clever design in this saddle,” coauthor Ali Miserez, a materials scientist at Nanyang Technological University in Singapore, says in a press release. “If it was made of one homogeneous material, it would be very brittle. It would for sure break.”

One layer of the saddle is a so-called bioceramic, a compressible material that is brittle like teeth, while the other layer is more flexible and can stretch. Together they can store considerable energy and accommodate the movement of the club.