Cryptosporidiosis is a waterborne disease caused by a genus of single-celled parasites called Cryptosporidium. They are common worldwide and infect the intestines of humans and other animals, causing severe gastrointestinal symptoms. Researchers have identified a new anti-parasitic treatment that outperforms the current FDA-approved drug, nitazoxanide, in mice. Their findings were published in Science Translational Medicine Wednesday (November 6).

Researchers led by biochemist Andrés Palencia and microbiologist Mohamed-Ali Hakimi, both at Université Grenoble Alpes, infected mice with Cryptosporidium parvum and treated them with the anti-parasitic compound AN3661, a type of drug known as a benzoxaborole. Previous research showed that AN3661 and other benzoxaboroles deter parasite growth in mice by blocking the enzyme CPSF3, which processes mRNA, inhibiting the parasite’s ability to divide. The new study evaluated the efficacy of AN3661 and...

Nitazoxanide is not very effective in immunocompromised people or young children, so AN3661 could be a promising method of treating cryptosporidiosis in these groups. “Our data provide insights that may help accelerate the development of next-generation anti-Cryptosporidium therapeutics,” the authors write in the paper. 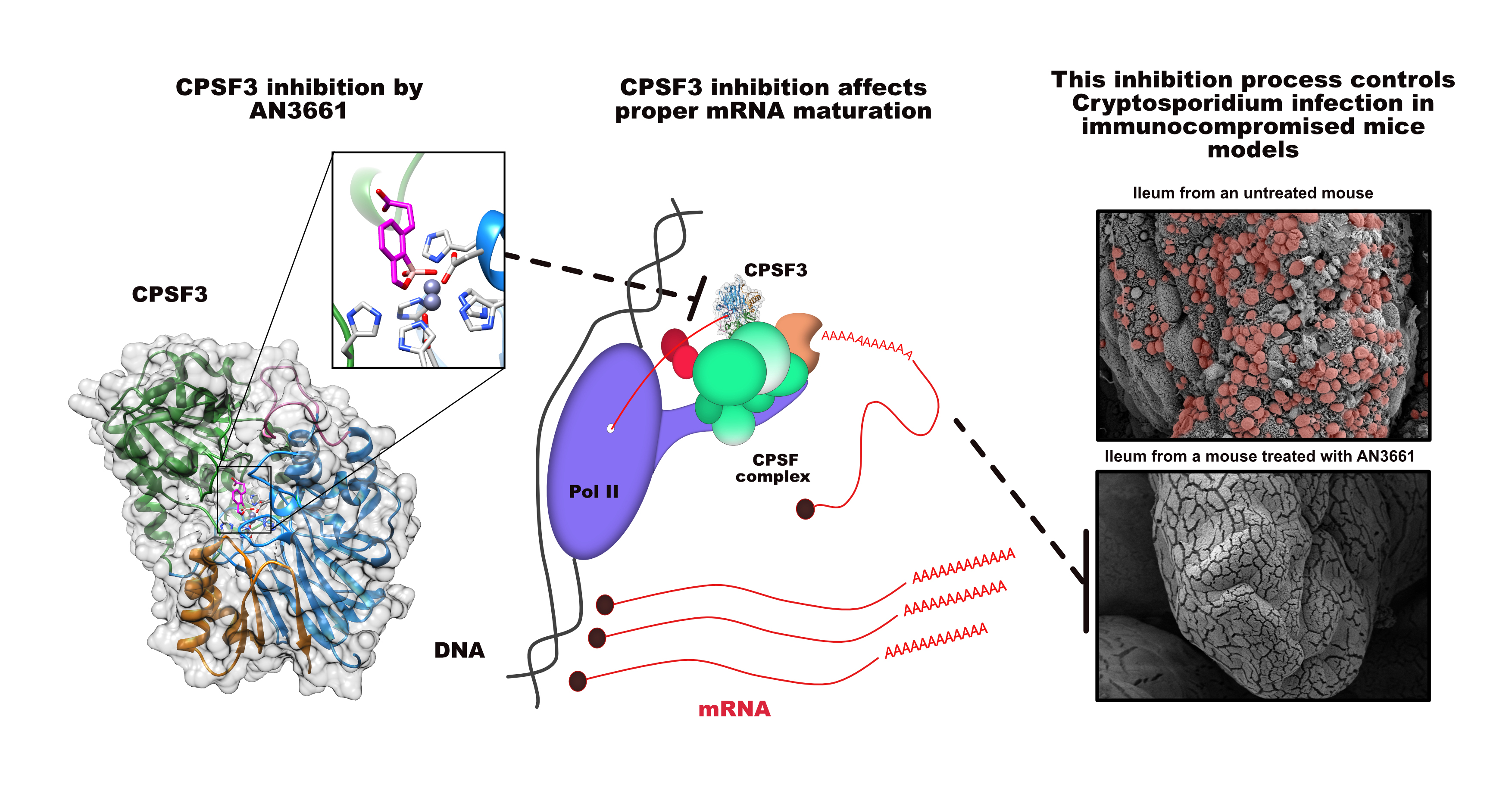