ABOVE: A white southern right whale calf comes up for air. Photos and videos were taken under research permit.
FREDERIK CHRISTIANSEN (2019)

Whales are the largest animals on the planet, and until now, there hasn’t been a method to estimate their body mass in the wild. A study released today (October 2) in Methods in Ecology and Evolution describes a way to estimate the mass of whales from images captured by drones.

Led by Fredrik Christiansen from the Aarhus Institute of Advanced Studies in Denmark, researchers used photographs from drones to take body measurements of 86 southern right whales (Eubalaena australis) near Península Valdés, Argentina. The team then developed a model to predict body volume from these measurements. They used data from historical catch records to predict volume and calculate whale density, and from there, estimated body mass of the whales they observed.

A southern right whale mother-calf pair swims next to a sea lion in Península Valdés, revealing the enormousness of the whales.
FREDERIK CHRISTIANSEN (2019)

The noninvasive measurement method will aid physiological studies and 3-D modeling of whales and other marine animals. It could also help scientists give the right amount of sedatives to creatures that have become entangled or beached. “The difficulty in measuring body mass reliably in free-living whales has prevented the inclusion of body mass in many studies in ecology, physiology and bioenergetics,” Christiansen says in a press release sent to The Scientist. “This novel approach will now make it possible to finally include this central variable into future studies of free-living whales.” 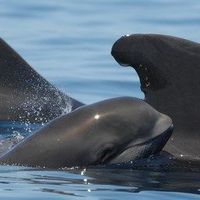 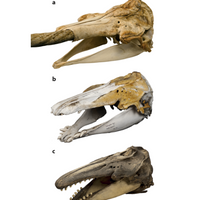 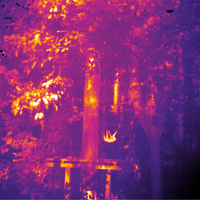