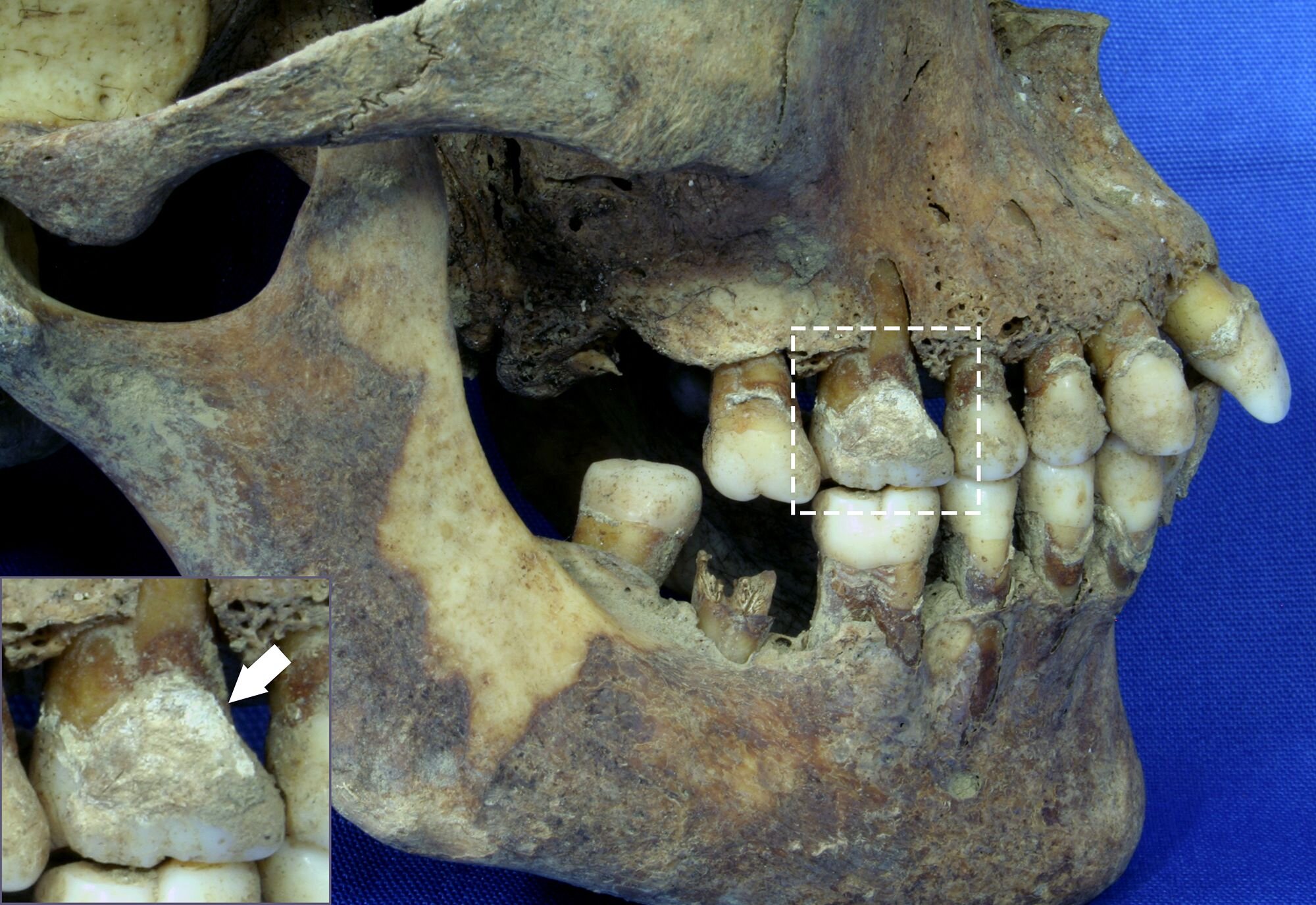 Dentition of a 26- to 35-year-old woman who died during the Great Irish Famine. Calculus deposit sampling was taken from one tooth (inset).
JONNY GEBER (2019)

Nearly 1 million people died in Ireland during the Great Famine of 1845–1852, which was caused by a fungus that destroyed potato crops. A study published September 9 in PNAS examined calculus, a form of hardened plaque that builds up over time, from the teeth of 42 victims who were once buried in a mass grave next to a workhouse in Kilkenny, Ireland.

Jonny Geber at the University of Edinburgh and colleagues conducted microparticle analysis to determine what people ate before and during the famine. They found that corn was the most common type of starch granule present, followed by oats and wheat. These findings corroborate written information about the famine.