Swell sharks (Cephaloscyllium ventriosum) and chain catsharks (Scyliorhinus retifer) can only see light in the blue-green spectrum, the dominant colors found in their deep-sea habitat. Both sharks sport light and dark patterns on their skin, and in the eyes of a fellow shark, the pale patches gleam a fluorescent green. Scientists found that this lighter skin contains a previously unknown family of small-molecule metabolites, derived from the amino acid tryptophan, which emit green light in response to blue.

“The exciting part of this study is the description of an entirely new form of marine biofluorescence from sharks,” says coauthor David Gruber, a biologist at the City University of New York, in an announcement. The fluorescent compounds may also provide protection against microbial infections. 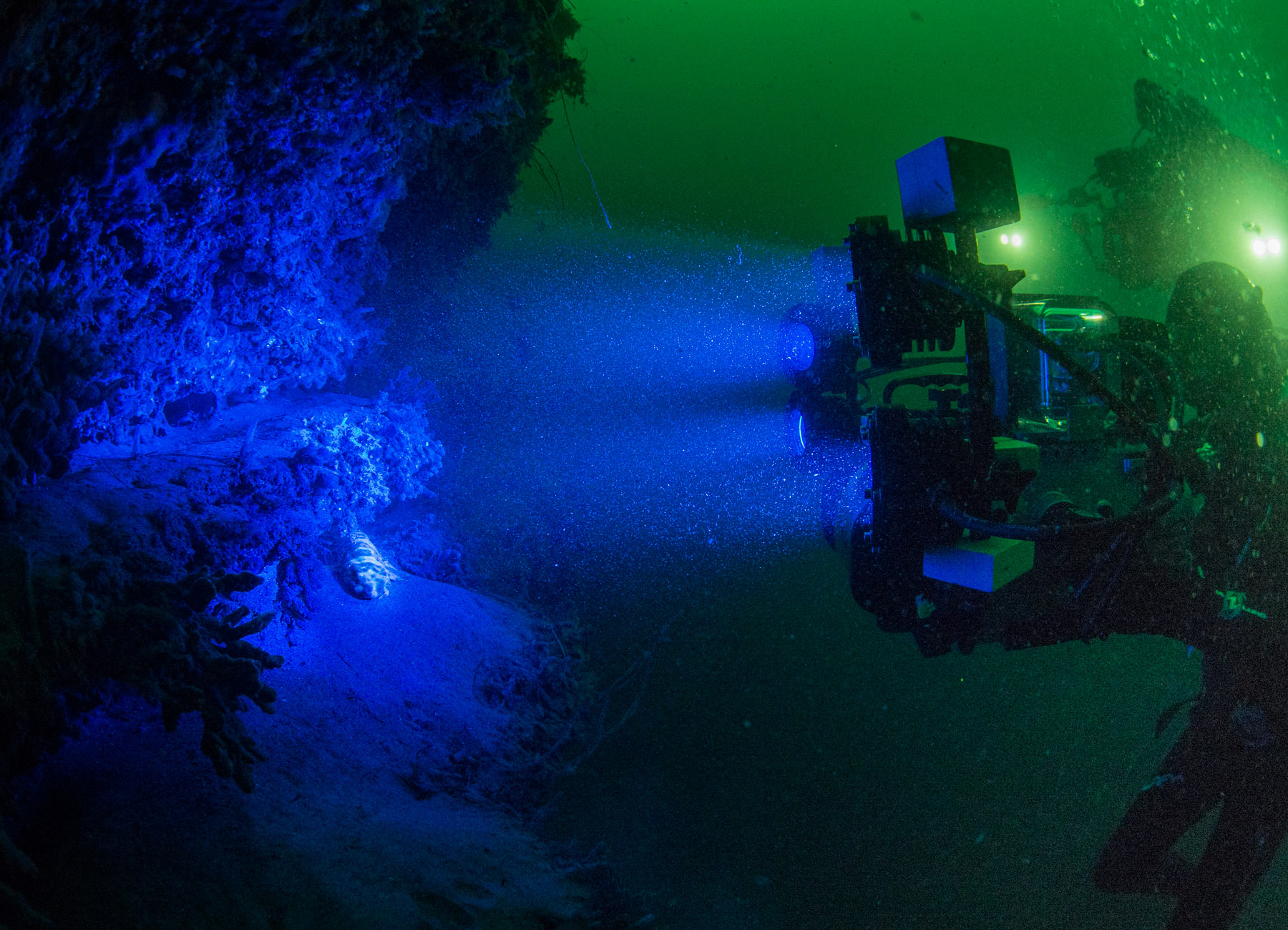 Coauthor David Gruber spots a shark with a “shark-eye” camera, an instrument that uses filters to simulate what sharks see underwater.
DAVID GRUBER