ABOVE: A pigeon wearing a movement logger
FUMIHIRO KANO

By developing a bespoke helmet with movement-tracking capability, researchers have studied visual attention in homing pigeons, according to a study published September 6 in the Journal of Experimental Biology.

Because pigeons move their heads in coordination with their eye movements, the former can be used as a proxy for their visual attention. The trackers, strapped to the birds’ heads, logged data about their head movements and location. 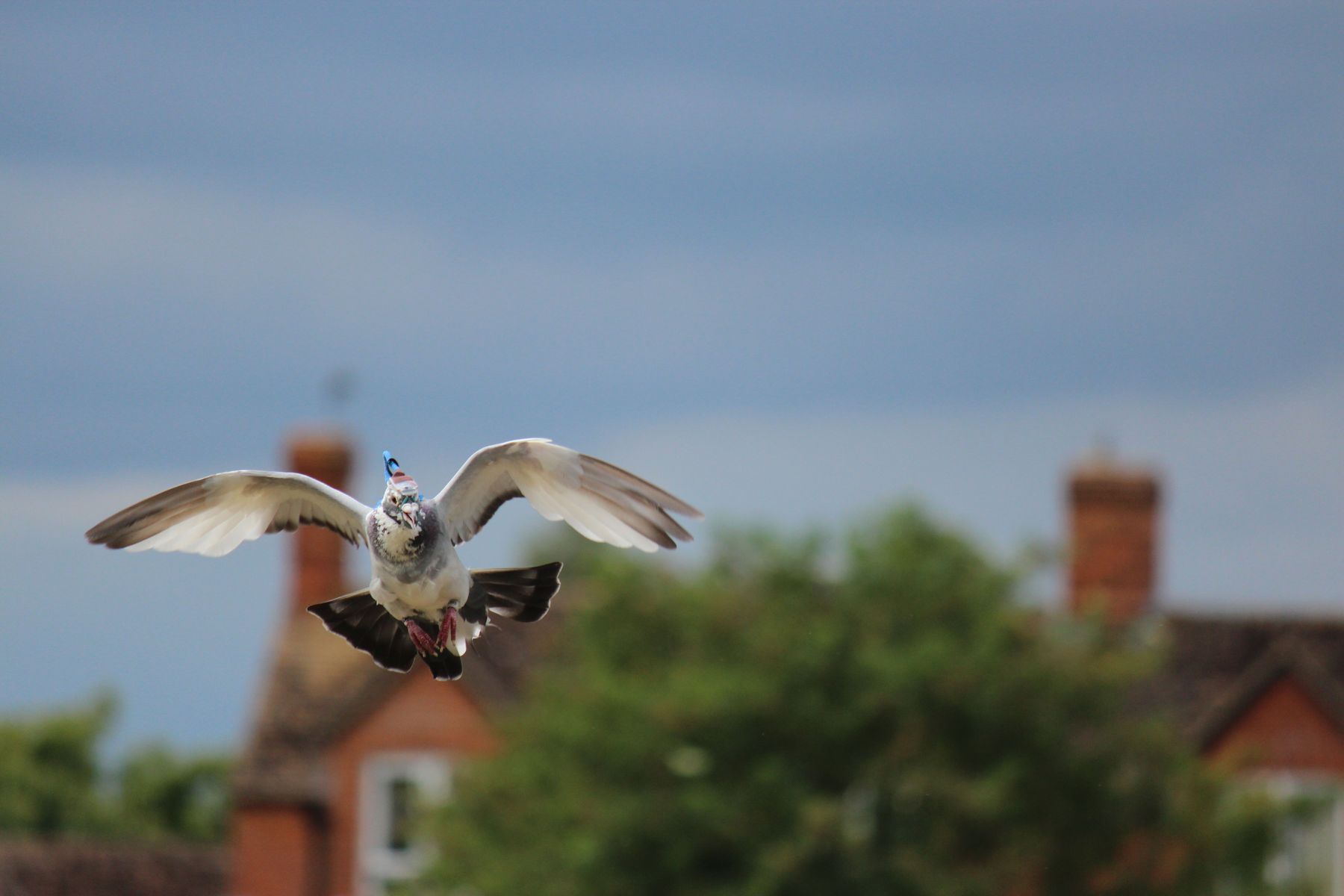 The researchers found that the birds moved their heads more when flying alone than when flying in pairs. They also decreased this scanning behavior when flying over major landmarks such as railway tracks. The study concluded that a drop in head movement implied a shift in the pigeon’s focus.