ABOVE: Image A (left) shows the growth of Arthrobotrys oligospora hyphae over 72 hours from the center outward. Image B (right) shows the positions of the specimen’s outermost hyphae over time.
VIDAL-DIEZ DE ULZURRUN ET AL.

Researchers led by Yen-Ping Hsueh at Academia Sinica in Taipei, Taiwan, have developed software called Fungal Feature Tracker that could be used to better understand how filamentous fungi grow and develop over time. They presented the tool in PLOS Computational Biology October 31.

The majority of the world’s 5 million fungus species produce a complex network of filamentous structures called hyphae to transport nutrients, but how the network expands is still puzzling to scientists. Fungal Feature Tracker can estimate the number of spores a fungus produces and count and measure all the branches of a filamentous fungal network. It can also use time-lapse microscopy images to track how fungi grow over time, according to a news release. 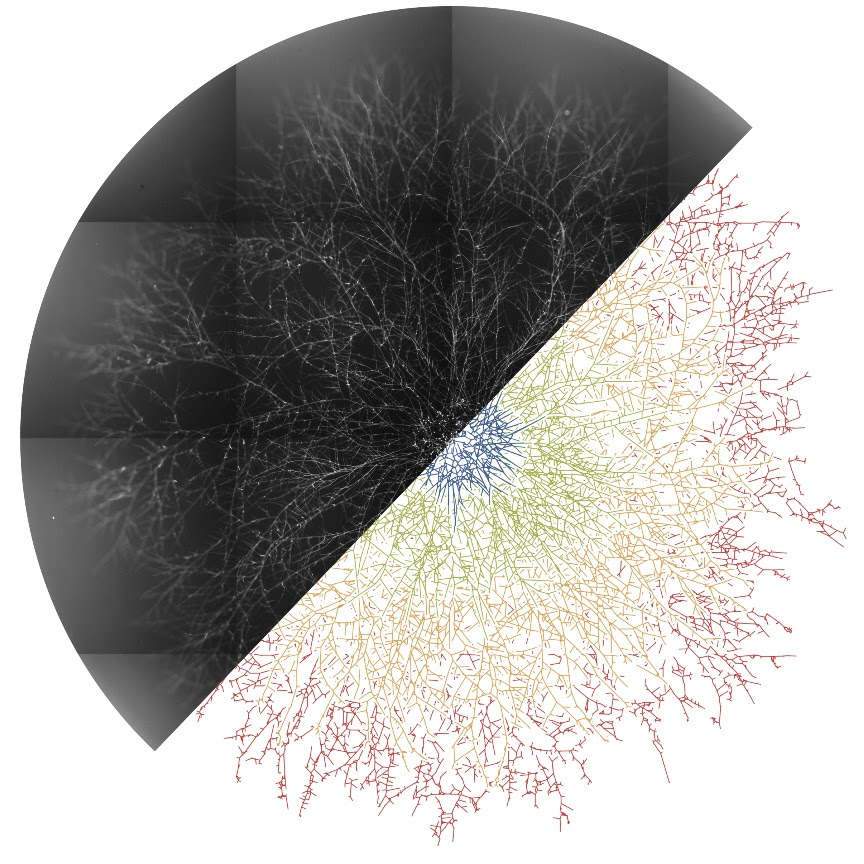