For the first time, CRISPR-Cas9 has been used to create mutant reptiles, researchers reported August 27 in Cell Reports. Typically, scientists inject CRISPR-Cas9 gene-editing reagents into zygotes or fertilized eggs, but because lizards fertilize their eggs internally and at unpredictable times, these methods cannot be applied. Instead, this team injected the reagents into unfertilized eggs held in anole lizards’ ovaries to knock out the gene for the enzyme tyrosinase, thus rendering their offspring albino.

“Because we are injecting unfertilized eggs, we thought that we would only be able to perform gene editing on the alleles inherited from the mother,” says Doug Menke, a geneticist at the University of Georgia, in an announcement. But when the mutant lizards hatched three months later, about half showed signs of gene editing events on both the maternal and paternal alleles, suggesting that... 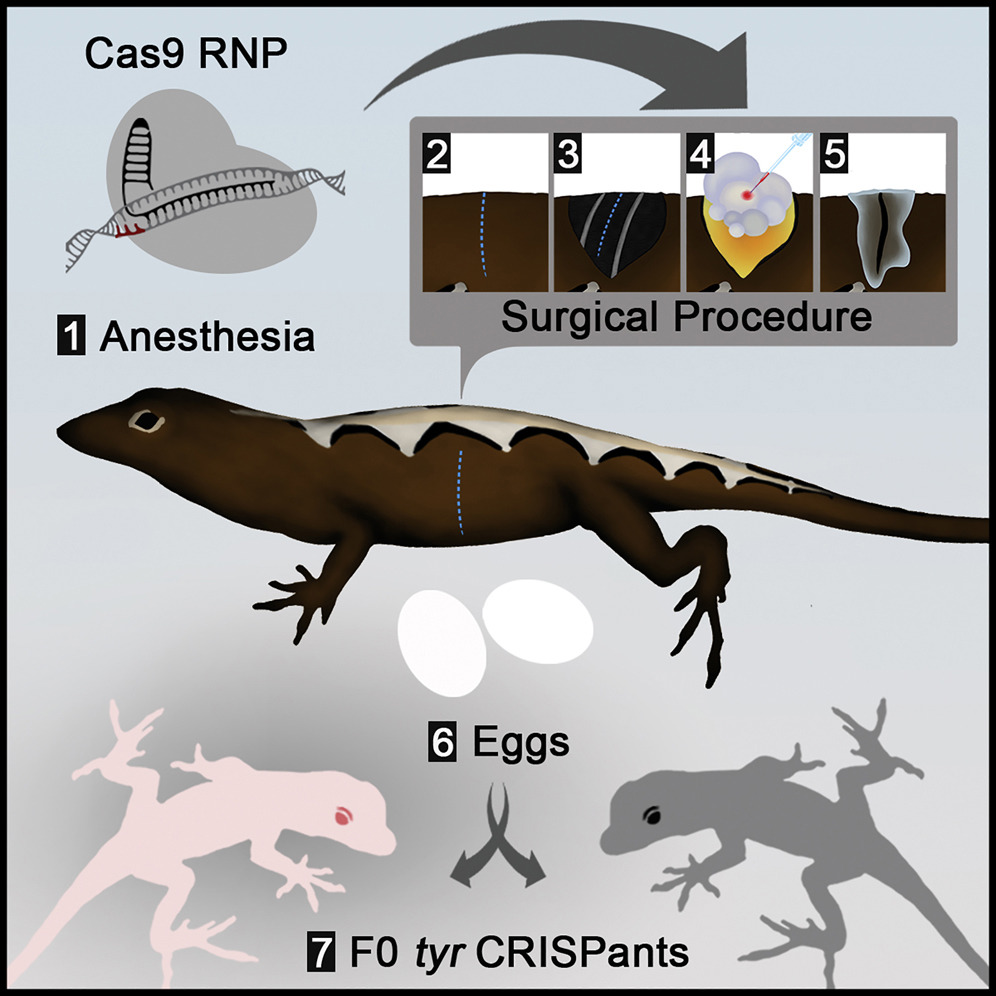 This graphical abstract illustrates the gene-editing procedure used to create albino lizards. The anesthetized lizard (1) receives surgical incisions (2, 3) to expose its ovarian follicle for a microinjection of CRISPR-Cas9 reagents (4). The researchers then close the wound with surgical glue (5) and collect eggs from the healed lizard weekly (6). The albino mutant (left) and wildtype (right) hatchlings later emerge from their eggs and the scientists sequence their gene that was targeted for editing.
A.M. RASYS ET AL. (2019)