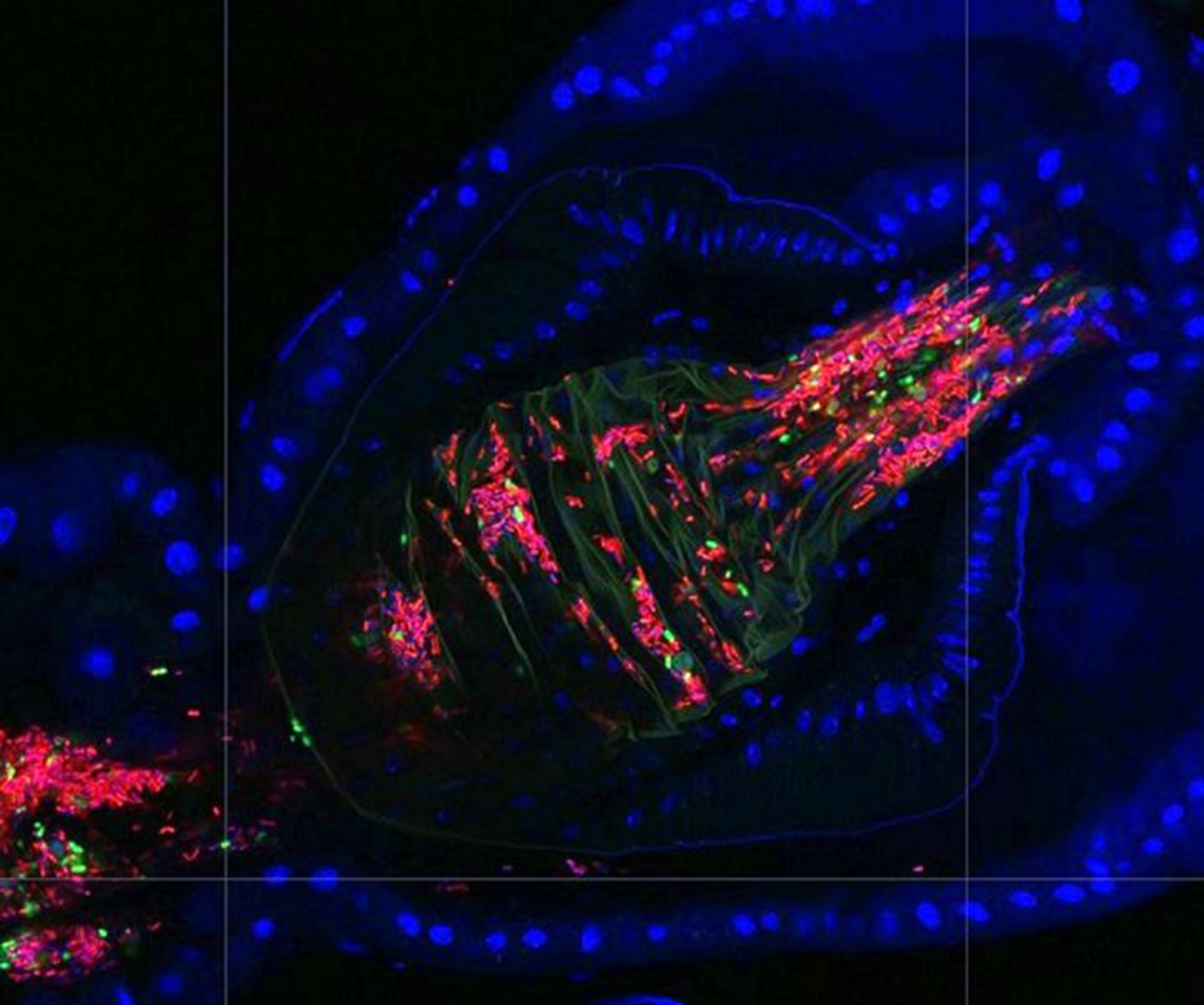 Like humans, fruit flies have a community of microbial species living in their guts. Now, a team led by US researchers has shown that interactions between these species influence fruit fly fecundity, longevity, and other physiological factors, lending support to the idea that microbial interactions may be an important driver of animal health.

Using the five species most commonly found in Drosophila melanogaster, the team inoculated germ-free flies with each of the 32 possible combinations of those species and found that effects varied with the diversity and composition of the microbiome. In particular, interactions between species in the microbiome appeared to mediate whether flies were more likely to have a short lifespan and produce lots of offspring, or to have a long lifespan but produce relatively few offspring.