ABOVE: A broken strand of human hair with an uneven end
WEN YANG

Astudy of eight types of mammals suggests that thin hair tends to be stronger than thick hair due to the way it breaks.

Wen Yang, a materials scientist at the University of California, San Diego, and colleagues stretched and broke individual hairs and studied them under a scanning electron microscope. Thick hairs with a diameter of more than 200 μm, such as those of boars, giraffes, and elephants, tended to split in a clean break, while thinner hairs from humans, bears, and horses sheared unevenly.

The researchers write in their study that they believe the difference in breaking pattern has to do with hair diameter. In thicker strands, an initial tear is small in relation to the hair’s diameter. This favors a regular fracture with a clean break. But in thinner hairs, the relatively large size of the split will cause it to tear. The irregular shearing pattern requires more force for the thinner hair to break off completely.

Additionally, the thicker hairs that the researchers studied tended to have more small holes or defects in the strands. The team found that although elephant hair is four times as thick as that of humans, it’s only half as strong.

“The notion of thick being weaker than thin is not unusual, and we have found that happening when studying brittle materials like metal wires,” says study coauthor Robert Ritchie, a mechanical engineer at the University of California, Berkeley, in a news release. “This is actually a statistical thing, which is a bigger piece will have a greater possibility of having a defect. It’s a bit surprising to see this in hair as hair is not a brittle material, but we think it’s because of the same reason,” he says. 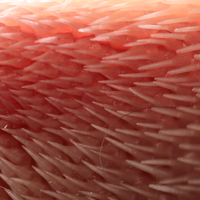 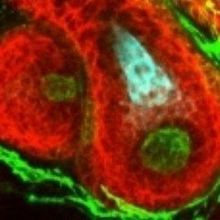