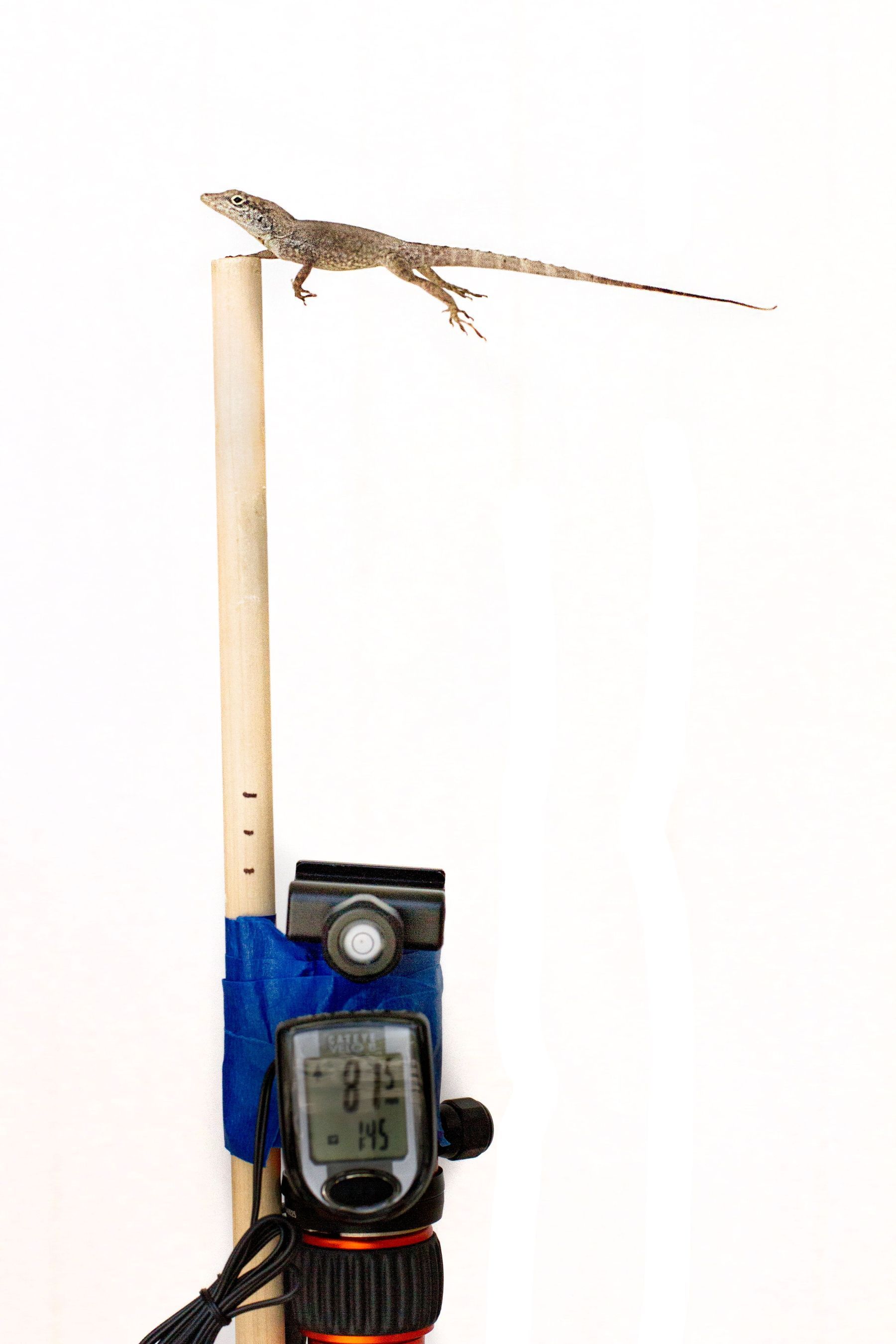 A lizard clings to an experimental perch in hurricane-force winds with the wind speed displayed in miles per hour.
colin donihue

Researchers had an opportunity to observe natural selection in a species of anole lizards (Anolis scriptus) on the West Indies islands of Pine and Cay, according to research published in Nature July 25. They studied the species before and after the Hurricanes Irma and Maria struck the islands and found several differences. The surviving anoles had longer front legs, larger toe pads, and shorter back legs. By inflicting hurricane-force winds on the anoles in a laboratory setting, the researchers determined that the bigger toe pads offer a stronger grip to the lizards. While anoles with longer back legs would be more likely to lose their grip. Thus, only those anoles that could hold fast under fierce winds likely survived the hurricanes.