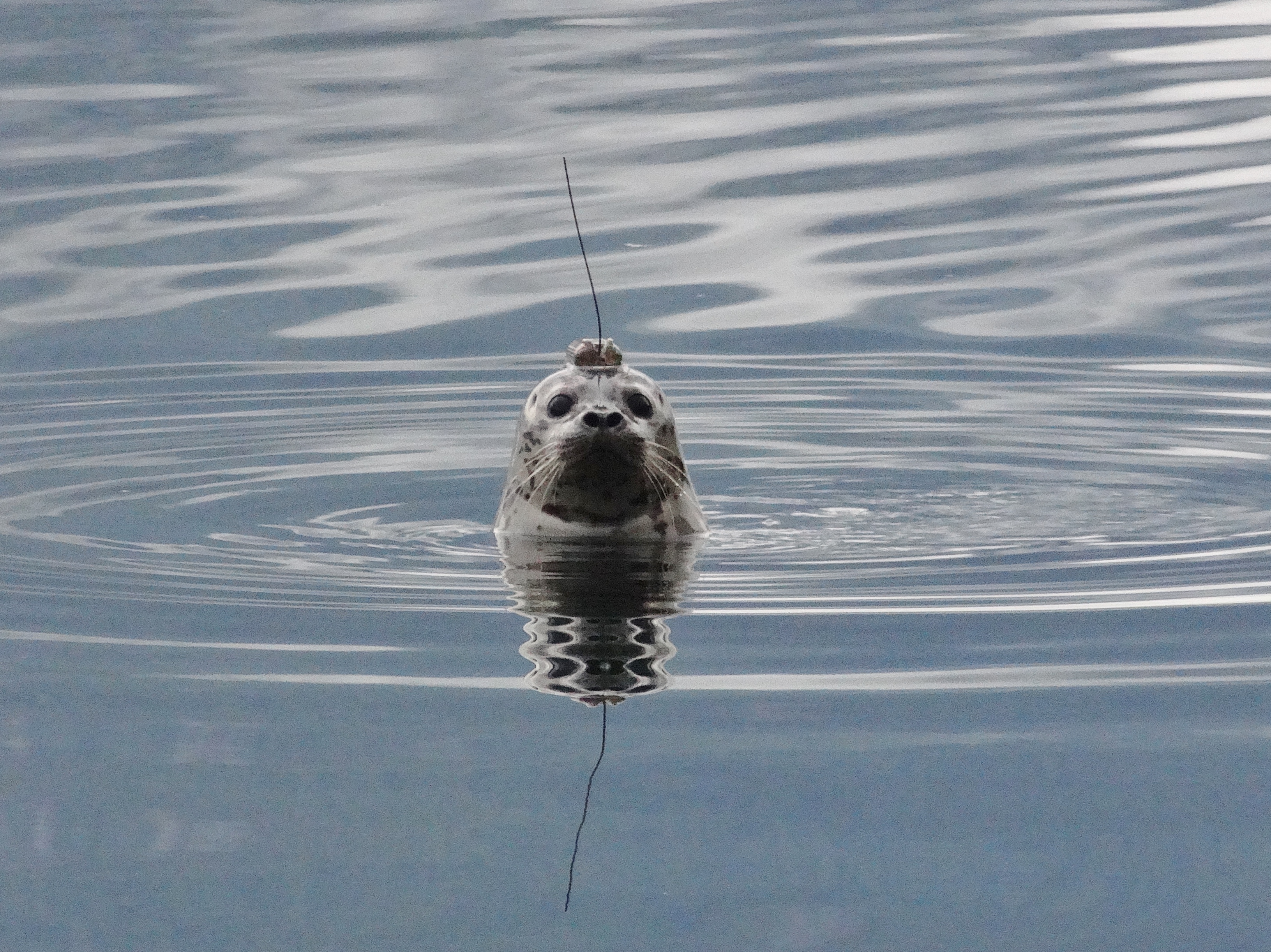 A harbor seal (Phoca vitulina richardii) with an external satellite transmitter fitted to its head
S. STEINGASS, 2019 / This work was conducted under NMFS MMPA Permit #16991

The Oregon coast supplies habitat for about 10,000 to 12,000 harbor seals (Phoca vitulina richardii) year-round, but the animals’ specific range was long unknown. To model the seals’ movements, researchers strapped small satellite transmitters atop the heads of 24 adult seals. They found that the average home range for each seal extended about 364 km2 and each animal was especially likely to spend time in an area of about 30 km2 within that region. Seals spend about half their time in rivers, estuaries, and bays, and when they do take to the open ocean, their average trip lasts about 22 hours, the scientists reported July 31 in PLOS ONE.

The study also revealed that harbor seals rarely stop at Oregon marine reserves within their ranges, a result that could inform future efforts to protect the species.