Male scarab beetles have horns on the part of their thorax, or midsection, closest to their head, which they use to compete with other males over mates. Genes that code for the development of these horns evolved from genes that are used in the formation of insect wings, according to a study published November 21 in Science.

A team of researchers led by developmental biologist Armin Moczek of Indiana University used RNA interference to turn off genes related to wing development in the larvae of three species of dung beetles. They found that inactivating these genes made the insects grow smaller wings or none at all, and it also affected their horns in the same way. Additionally, when the team disabled a gene called Sex combs reduced that is necessary for horn development, the beetles grew...

These results suggest that the genes that make horns developed from the genetic instructions for wing formation that were present first in insect evolution. Small wings are present on this part of the thorax in other insects such as lace bugs (Membracidae) and the treehopper and thorn bug family (Tingidae). 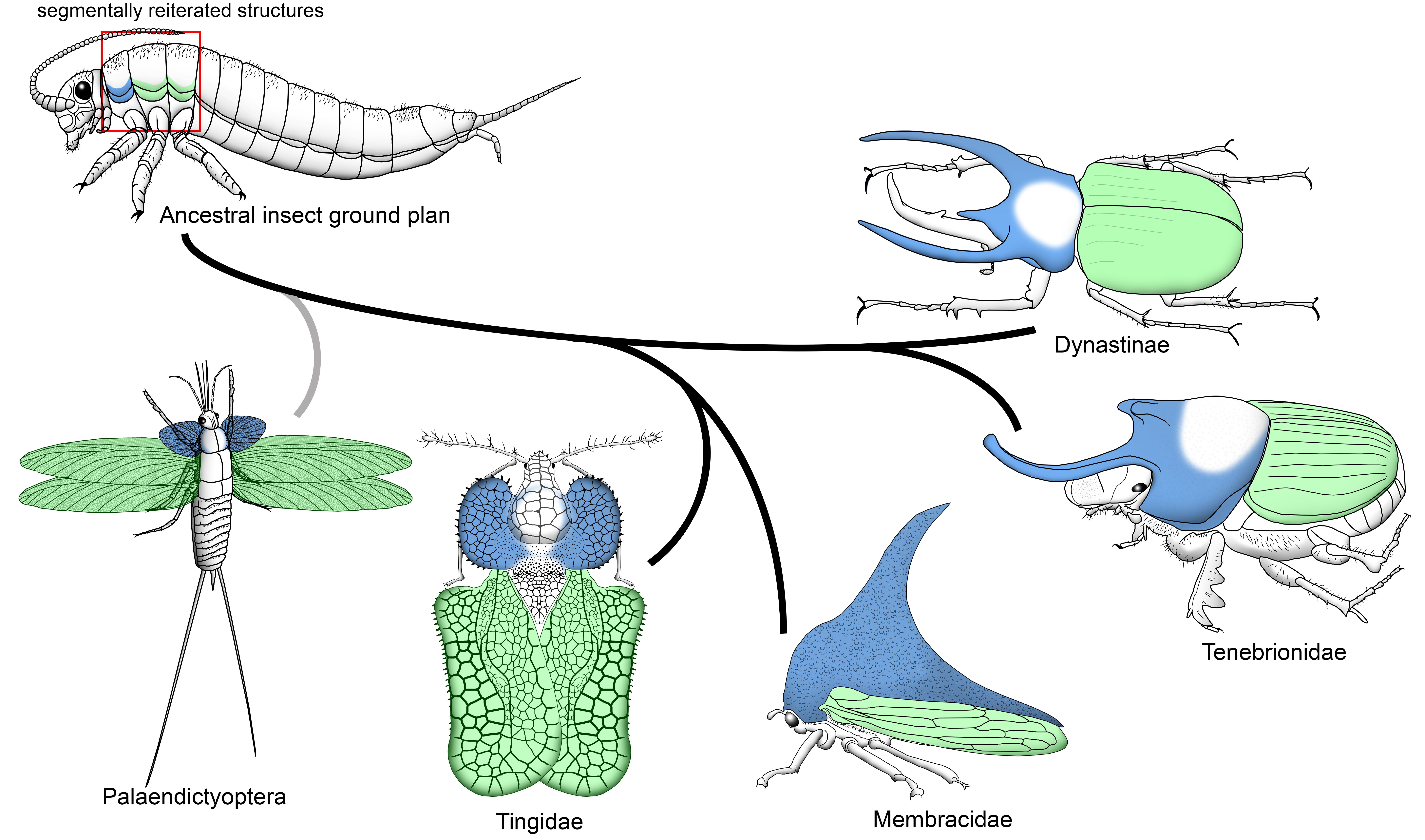 Horns found on beetles such as the scarab subfamily Dynastinae evolved from a common ancestral insect in the same body location as wings.
DAVID M. LINZ