ABOVE: A scuba diving scientist takes an ultrasound of a gestating shark.
© OKINAWA CHURASHIMA FOUNDATION

Ultrasound images taken by scuba diving scientists reveal that embryonic tawny nurse sharks (Nebrius ferrugineus) can swim back and forth between their mothers’ left and right uteri. This finding, reported December 17 in Ethology, challenges the idea developed from studying mammals that fetal animals are relatively sedentary, mostly moving their limbs as opposed to their whole bodies. The embryos of this shark species feed on sibling eggs for nourishment in utero. The researchers think that swimming helps fetal sharks search for this food source. 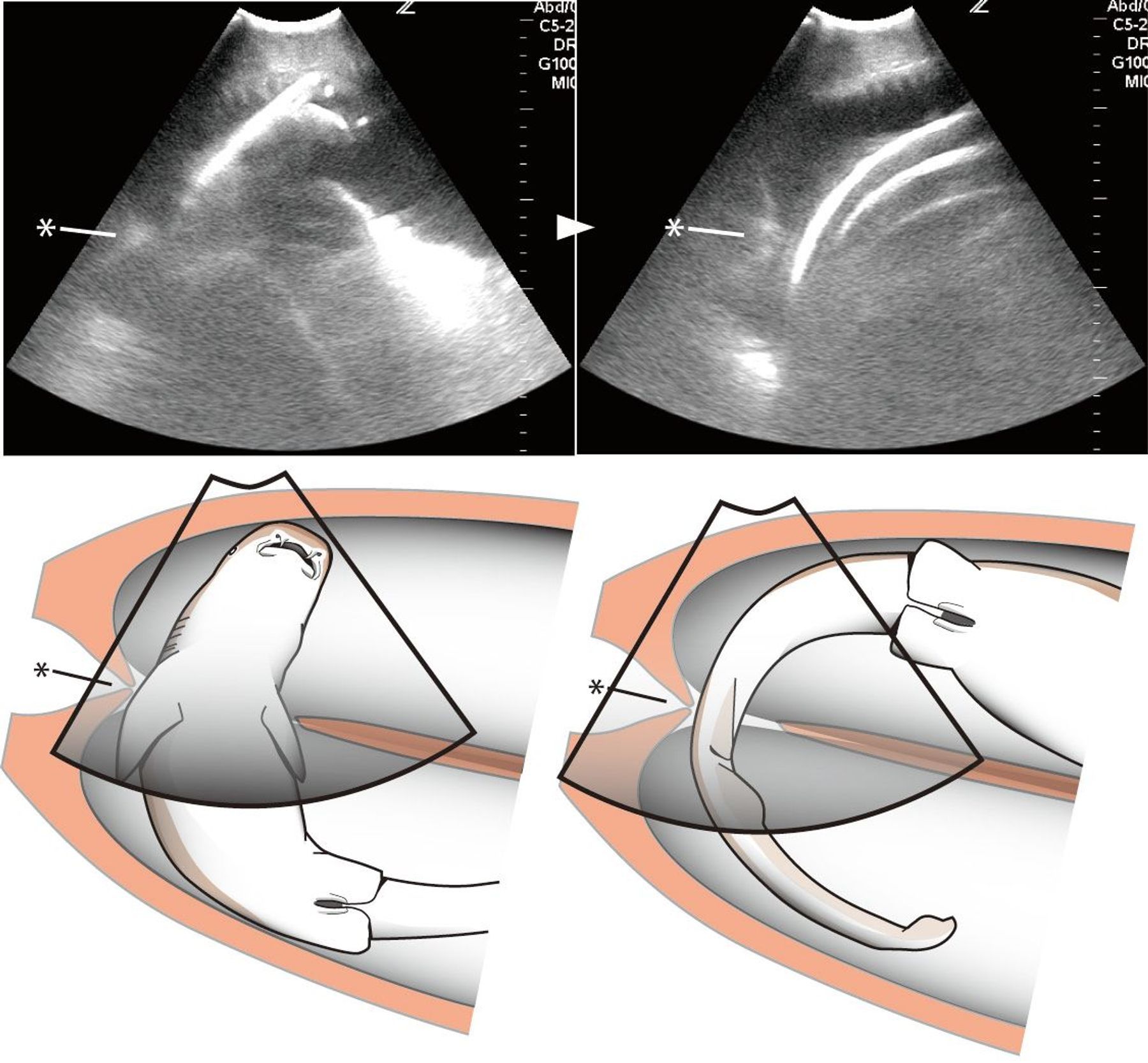 Ultrasound image (above) and schematic (below) showing a fetal shark en route between one uterine chamber to the other.
© OKINAWA CHURASHIMA FOUNDATION
Related Articles 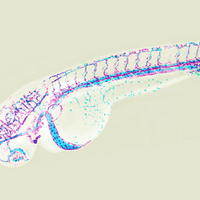 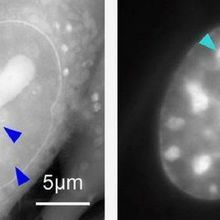