Tweaking the number of charged particles near membraneless organelles restricts how the liquid compartments can form, researchers reported August 21 in Scientific Reports. Membraneless organelles store molecules within cells and serve as hubs for biochemical reactions, but little is known about how they form or function. Using a model system composed of peptides, RNA, and a buffer solution, researchers investigated how the fluid droplets form in different ionic environments.

When concentrations of biologically important cations—calcium and magnesium—were low, RNA and proteins clung together to form membraneless droplets. But when cation concentrations rose, only RNA complexes could form.

“It’s interesting because you haven’t changed the basic ingredients,” says coauthor Priya Banerjee, a physicist at the University at Buffalo, in an announcement. “But when you alter the ionic environment, you find that these organelles are highly tunable. They ‘switch’ from one type to the other, with each type having a distinct internal design.”

Droplets of RNA and protein dissolve in the first two seconds of this video as divalent magnesium cations are added to the surrounding solution. The concentration of cations continues to rise after two seconds and the droplets reform, but now contain only RNA.
P. ONUCHIC, A. MILIN, I. ALSHAREEDAH, A. DENIZ, AND P. BANERJEE, SCIENTIFIC REPORTS, AUG. 21, 2019 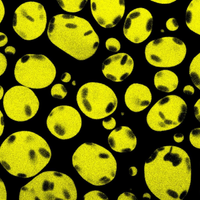 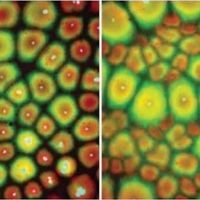 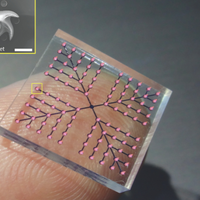 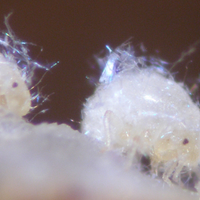