ABOVE: Human lung cancer cells with microtubules, a component of the cytoskeleton, stained purple and DNA stained blue
EMILY SUMMERBELL

Researchers at Emory University are studying how cancer cells invade the body’s tissues as a group. Acting as a collective, human lung cancer cells can conspire to metastasize. The scientists are studying how the cells use their cytoskeletons to coordinate motion as a pack. This image won first place in the Integrated Cellular Imaging core GDBBS 2019 image competition. 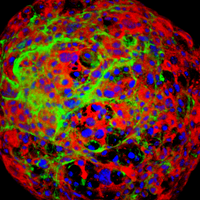 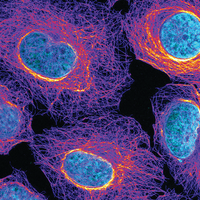 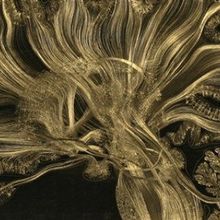