ABOVE: An adult male Brachycephalus mirissimus. Arrows in panel C indicate the presence of the vocal sac and of fibrous connective tissue present only in males. Black bar in C = 5 mm.
© 2018 PIE ET AL., PHOTOGRAPH BY LUIZ F. RIBEIRO

First discovered in the early 1800s, the frog genus Brachycephalus has recently seen an explosion in recognized biodiversity, with half of its 35 known species documented since 2011. The latest addition to the group is B. mirissimus, which researchers described earlier this month (October 3) in PeerJ.

Hailing from Morro Santo Anjo in southern Brazil, the species is orange with white markings and measures only about 10–13 mm from snout to rump. With a very small range, the tiny amphibian is critically endangered, the authors report. “The severe anthropogenic impacts in and around the type locality indicate that immediate actions should be... 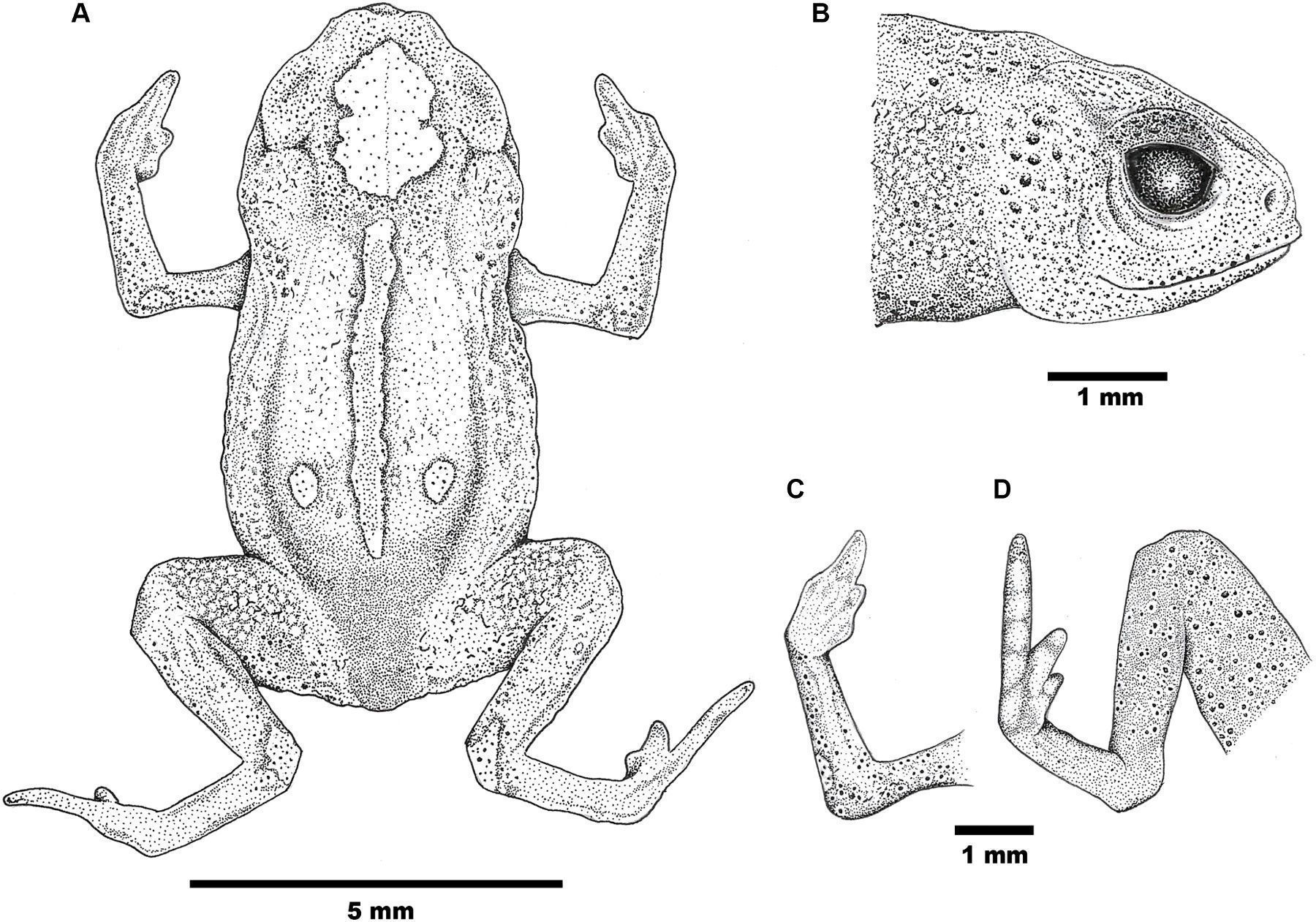