ABOVE: An adult sage thrasher (Oreoscoptes montanus) perches on a bush in the Mojave Desert.
CHELSEA HOFMEIER

Researchers surveyed the Mojave Desert in the US to assess the impact of climate change on birds and recorded a 43 percent drop in the number of species that make their homes there. The findings, published yesterday (August 6) in PNAS, include observations from 61 sites that were previously studied in the early 20th century. The collapse of avian species numbers has been linked to lower precipitation, with greater species diversity found in areas with surface water. 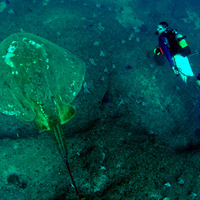 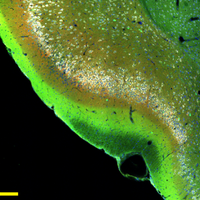