Ochre pigment was widely used in prehistoric rock art for its vivid red color, but little is known about how the paint was made. According to a study published November 19 in Scientific Reports that analyzed rock art from Babine Lake in British Columbia, Canada, ancient people appear to have produced ochre by heating up aquatic bacteria to make them change color.

Researchers led by Brandi MacDonald, an archaeologist at the University of Missouri, observed the ochre pigment in ancient Lake Babine rock art under a microscope and found that it contained microfossils of Leptothrix ochracea, a type of bacteria that grows in iron-rich water. When she and her colleagues heated modern-day L. ochracea, the orange-brown bacteria turned bright red. The team concluded that hunter-gatherers harvested bacterial mats, crushed them, and heated them over large open hearths at a temperature of 750–850 ? to make the paint. Heating also made the paint less likely to fade or turn into a different color over time.

The age of the rock art is unknown, but humans inhabited the area as early as 5,000 years ago, according to the authors. “Today, engineers are spending a lot of money trying to determine how to produce highly thermo-stable paints for ceramic manufacturing or aerospace engineering without much known success, yet we’ve found that hunter-gatherers had already discovered a successful way to do this long ago,” says MacDonald in a news release. 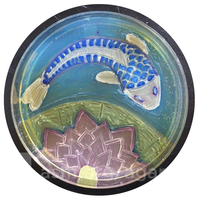 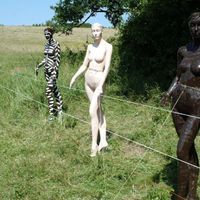 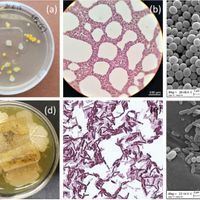 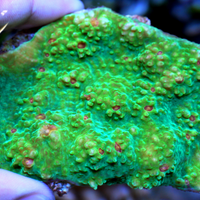