The British Ecological Society announced the winners of its annual photography competition today (November 30), with the first place overall honoring an image of a lone adult penguin walking among hundreds of fuzzy chicks. The photographer, Chris Oosthuizen, a postdoc at the University of Pretoria, had been visiting Marion Island of the Prince Edward Islands to study seals and killer whales.

“Although the global population of king penguins is large, populations inhabiting islands around the Antarctic face an uncertain future. Global climate change may shift the oceanic fronts where they feed further away from breeding sites, forcing penguins to travel farther to reach their foraging grounds,” Oosthuizen says in a press release.

The winning pictures will be featured in a public exhibition in London in January. 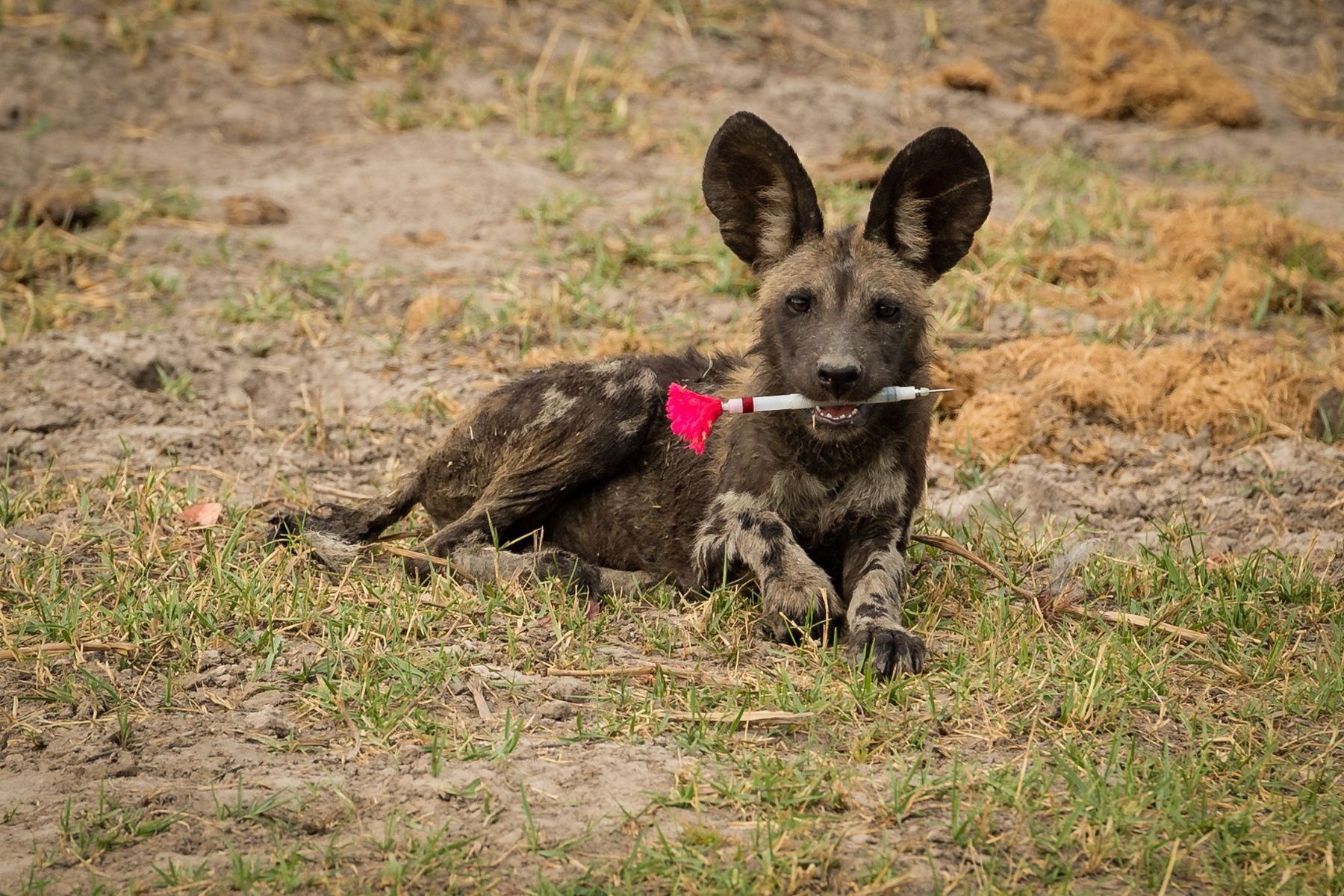 This photo of an African wild dog pup playing with a tranquilizer dart that had been used to anesthetize an adult in the pack won first place in the Ecology in Action category.
© Dominik Behr, University of Zurich and Botswana Predator Conservation Trust and british ecological society 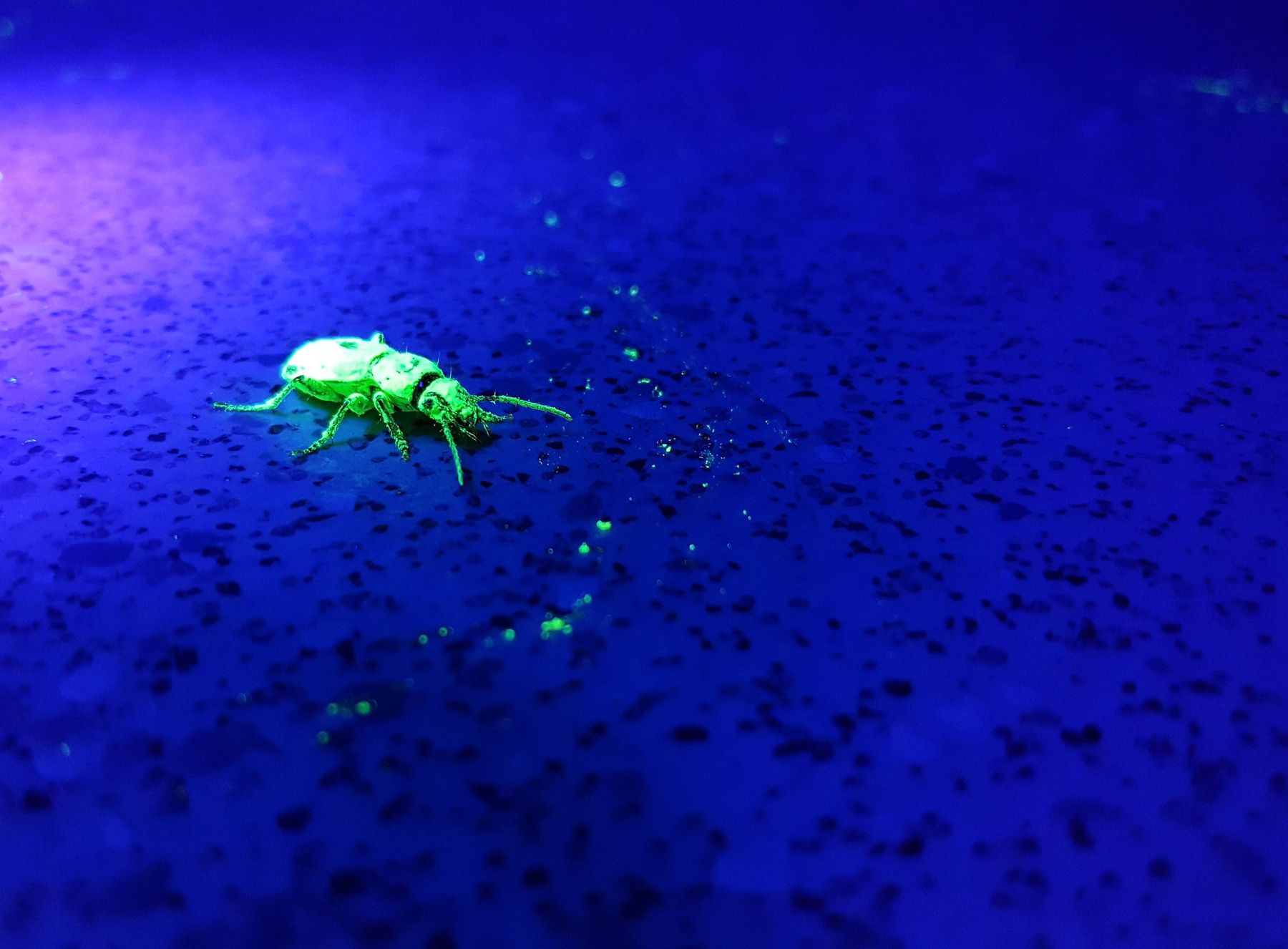 An image of ultraviolet powder used to track invertebrates earned the “student winner” award for the Ecology in Action category.
© Ella Cooke, BSc Ecology and Conservation and british ecological society