On Wednesday (November 20), the American Society for Microbiology announced the winners of its 5th annual Agar Art contest. This year, there were 347 entries from artists in 43 countries, who manipulated colorful microorganisms grown on agar plates to form intricate works of art.

The first place winner in the Professional category was “Seemingly Simple Elegance” by Arwa Hadid, an undergraduate student at the University of Oakland. The scenery of a flower and fish “was chosen because I wanted to embody the calm and meditative feeling that I get while plating cultures,” says Hadid in a press release. 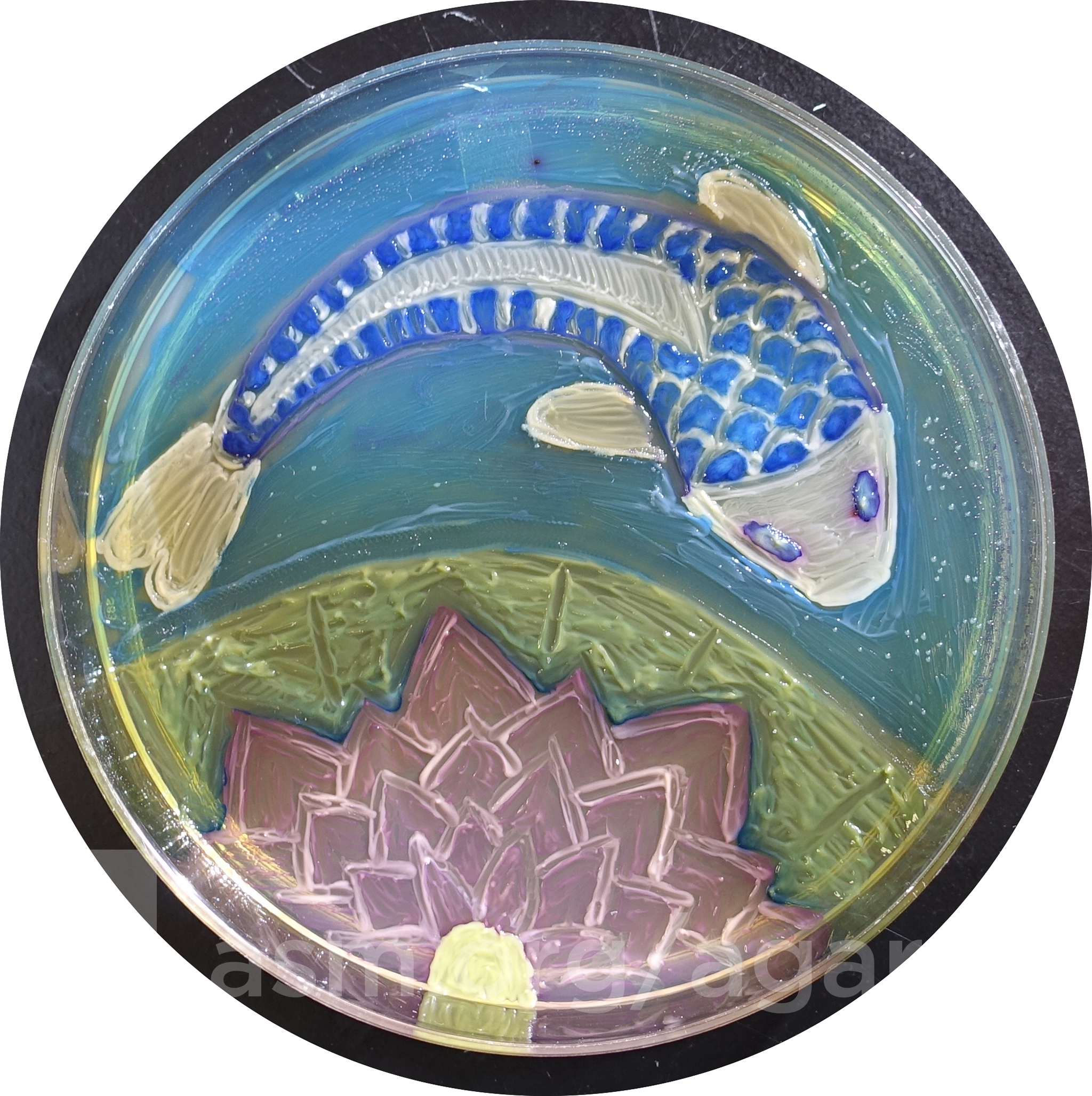 A self portrait using Serratia and Micrococcus bacteria by Korey Abram, an undergraduate student at Prairie View A&M University in Texas, came in first place in the Maker category, which represents people 13 and older who are not professional scientists or “bioartists” who work with living organisms. 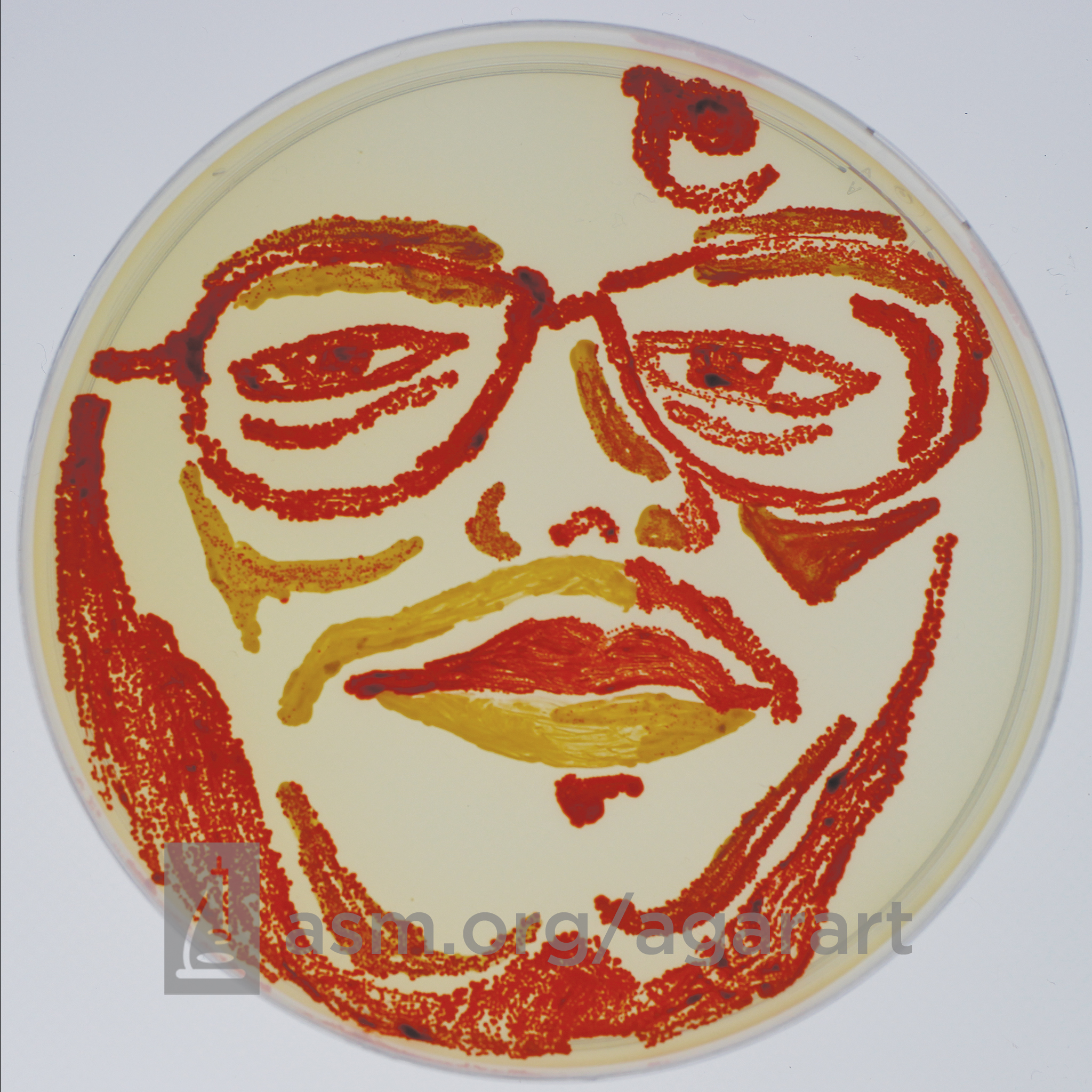 Kate Lin, a 7th grade student at Harry B. Thompson Middle School in Syosset, New York, placed first in the Kids category with “Circle of Life,” an image made with E. coli that produce fluorescent proteins. She created the image, which symbolizes the interconnectedness between plants, animals, and microorganisms, at a public agar art workshop at the Cold Spring Harbor Laboratory. 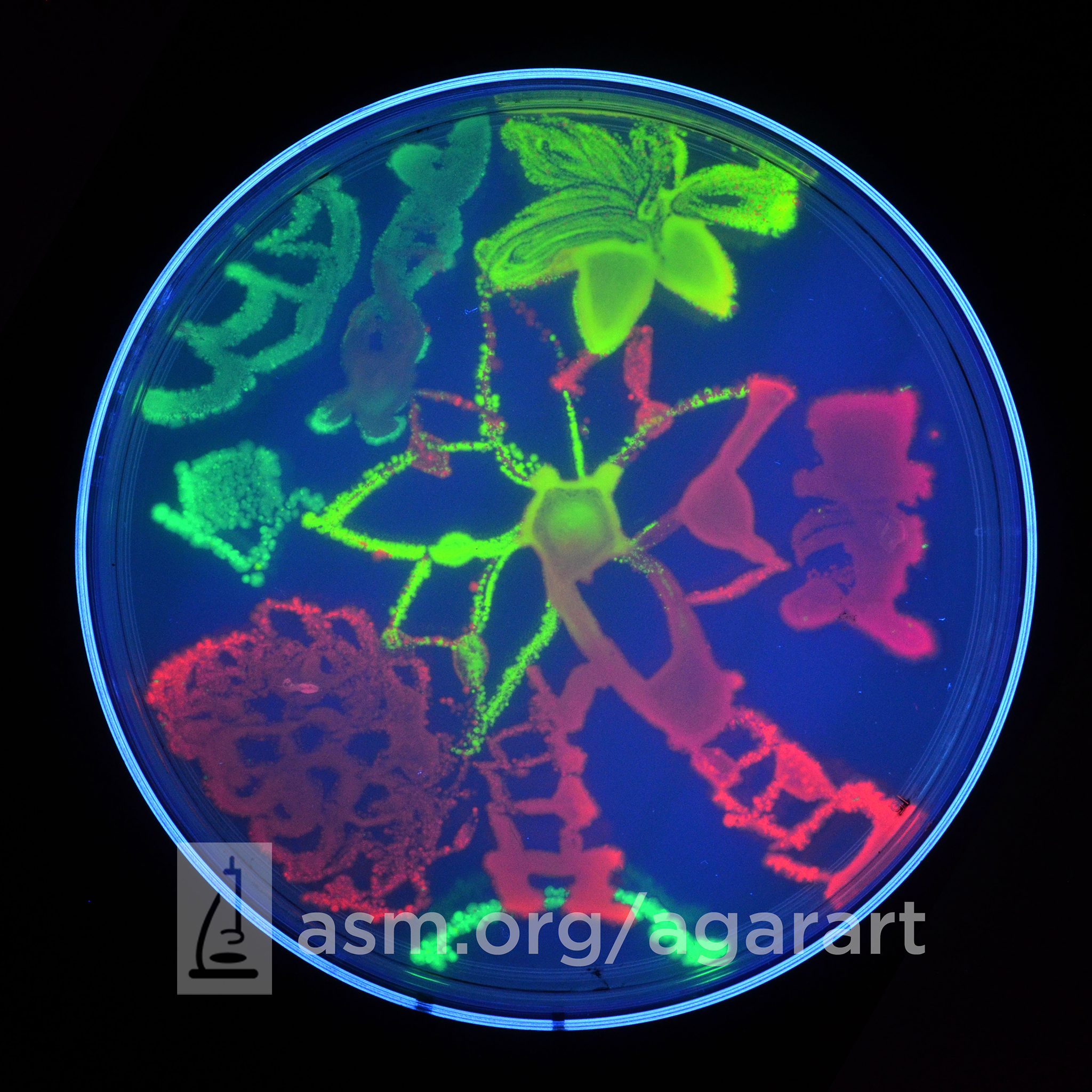 And the winner of the People’s Choice Award, given to the design with the most Facebook likes, was “Hungarian Folk Art,” by Zita Pöstényi, a microbiologist at SYNLAB Hungary.

Runners-up include a portrait of Ruth Bader Ginsburg, a desert scene, and a 3D volcano.