Male house finches (Haemorhous mexicanus) that are have more brightly colored red breast feathers are healthier than duller, yellower ones, and their coloration visually signals their fitness to potential mates. Just how the color is linked to health has been a puzzle to researchers. A study published September 25 in Proceedings of the Royal Society B has found that the carotenoid pigments that give the birds their reddish hue are associated with the performance of mitochondria, where cell respiration and energy production take place.

A team led by Geoffrey Hill and Wendy Hood at Auburn University examined liver tissue from 83 house finches and categorized the breast feather color of a subset of the birds. The researchers found red carotenoids inside the livers’ mitochondria and determined that the 10 reddest birds had mitochondria with a respiratory control ratio, a measure of mitochondrial function, that was 1.7 times higher than in the 10 drabbest birds. Brighter birds convert yellow carotenoids obtained through their diet into red ones in an oxidation process involving the protein CYP2J19, which could be a direct link between the pigments and cellular respiration in mitochondria. The carotenoid conversion process involving CYP2J19 is thought to require the molecule NADPH, which mitochondria produce. 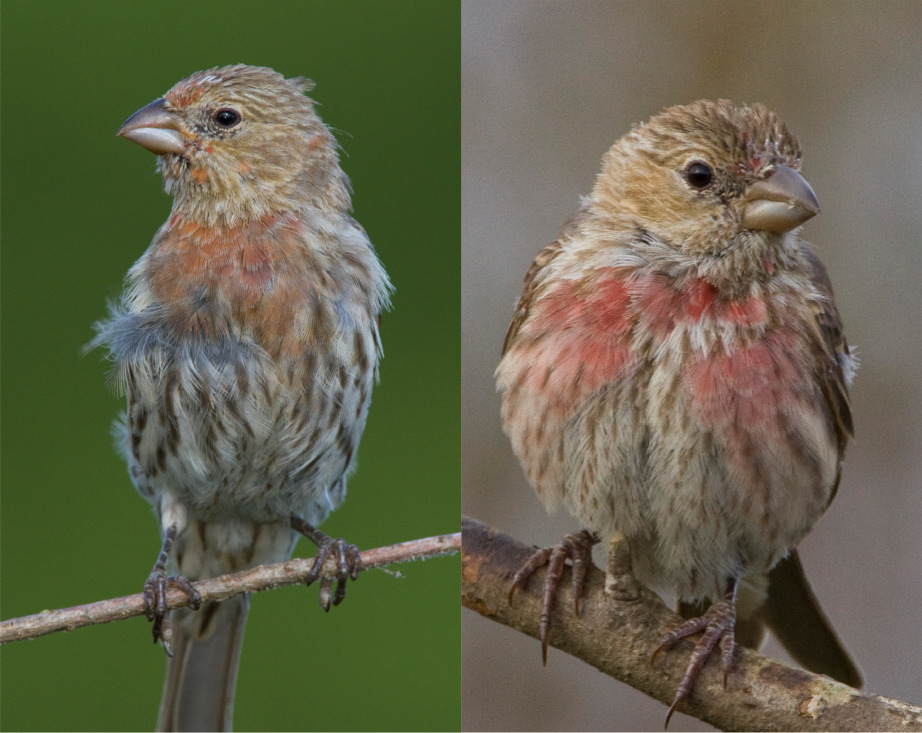 The molting male house finch on the left is considered drab, while the one on the right has more brightly colored feathers.
GEOFFREY E. HILL (2019)