Researchers have developed a way to improve cardiac repair and functioning in pigs after a heart attack by targeting scar tissue with a human platelet-derived growth factor. Their results were published in Science Translational Medicine on January 1.

After a heart attack, patients are usually treated with reperfusion, a technique that replenishes oxygen in heart tissue. But many people still go on to develop complications such as heart failure or sudden cardiac arrest due to damage that occurred during the attack, leading scientists to try to develop new treatment methods.

James Chong, a cardiologist at the University of Sydney, and colleagues are targeting the cardiac scar tissue left behind after an attack to mitigate damage. They previously showed that treating mice with recombinant human platelet-derived growth factor-AB (rhPDGF-AB) led to improvements such as activating connective tissue cells called fibroblasts, enhancing blood vessel formation, and speeding up a reduction in inflammation.

In the new study, Chong and his team injected rhPDGF-AB into the bloodstream of pigs that had a heart attack and were treated with reperfusion. While the growth factor did not reduce the size of the scars, it promoted blood vessel formation, reduced abnormal heart rhythms, and improved cardiac fiber alignment, which supports wound healing. In addition, the group of pigs treated with the growth factor had better survival rates than the control group during a four-week observation period. The results suggest that growth factor treatment could be a useful supplement to reperfusion. 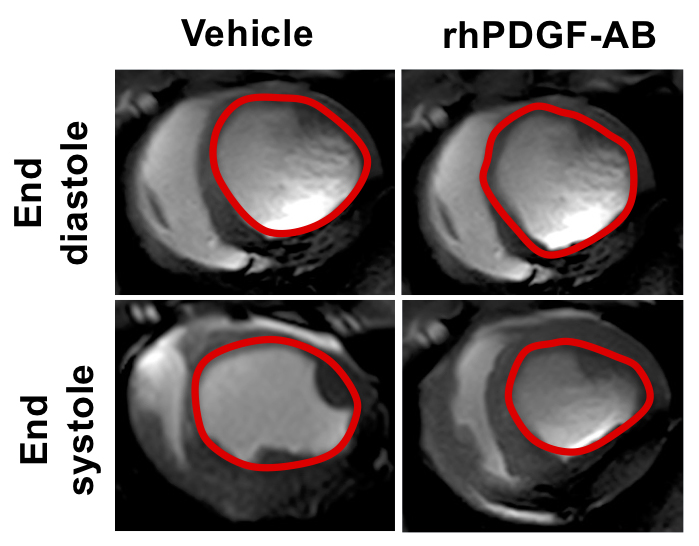