A subpopulation of lung cells endures infection by the influenza A virus by patching up its DNA as the attack unfolds, researchers reported July 29 in Nature Microbiology. The cells, called club cells, normally secrete surfactants to coat the lining of the lungs. Even when struck with the flu, the cells carry on producing proteins and proinflammatory cytokines to alert the immune system of the onslaught.

“Now we have a population of cells we know are going to be hyperinflammatory on the back side of an infection,” says coauthor Nicholas Heaton, a molecular geneticist and microbiologist at the Duke School of Medicine, in an announcement. Although hyperinflammation thwarts invading viruses, it can actually be fatal to influenza patients. Depleting club cell counts may help solve the same problem in chronic obstructive pulmonary disease or asthma, says Heaton. 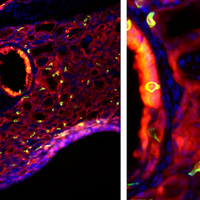 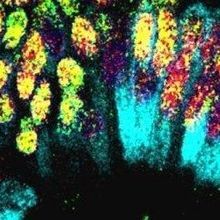