Soil microbes that live on and around plant roots in an area called the rhizosphere can play an important role in a plant’s growth and nutrition. Jennifer Schmidt, a grad student in agroecology at the University of California, Davis, makes pottery inspired by her dissertation work on the interactions between maize and its surrounding microbes.

Schmidt and advisor Amélie Gaudin have conducted research on whether domestication and modern agriculture have affected the relationship between maize and microbes. The lab has found that most of the bacteria and fungi on the roots of teosinte, maize’s wild ancestor that still grows today,  are also found on those of modern maize, suggesting that although the two plants looks different aboveground, much of the rhizosphere remains the same. 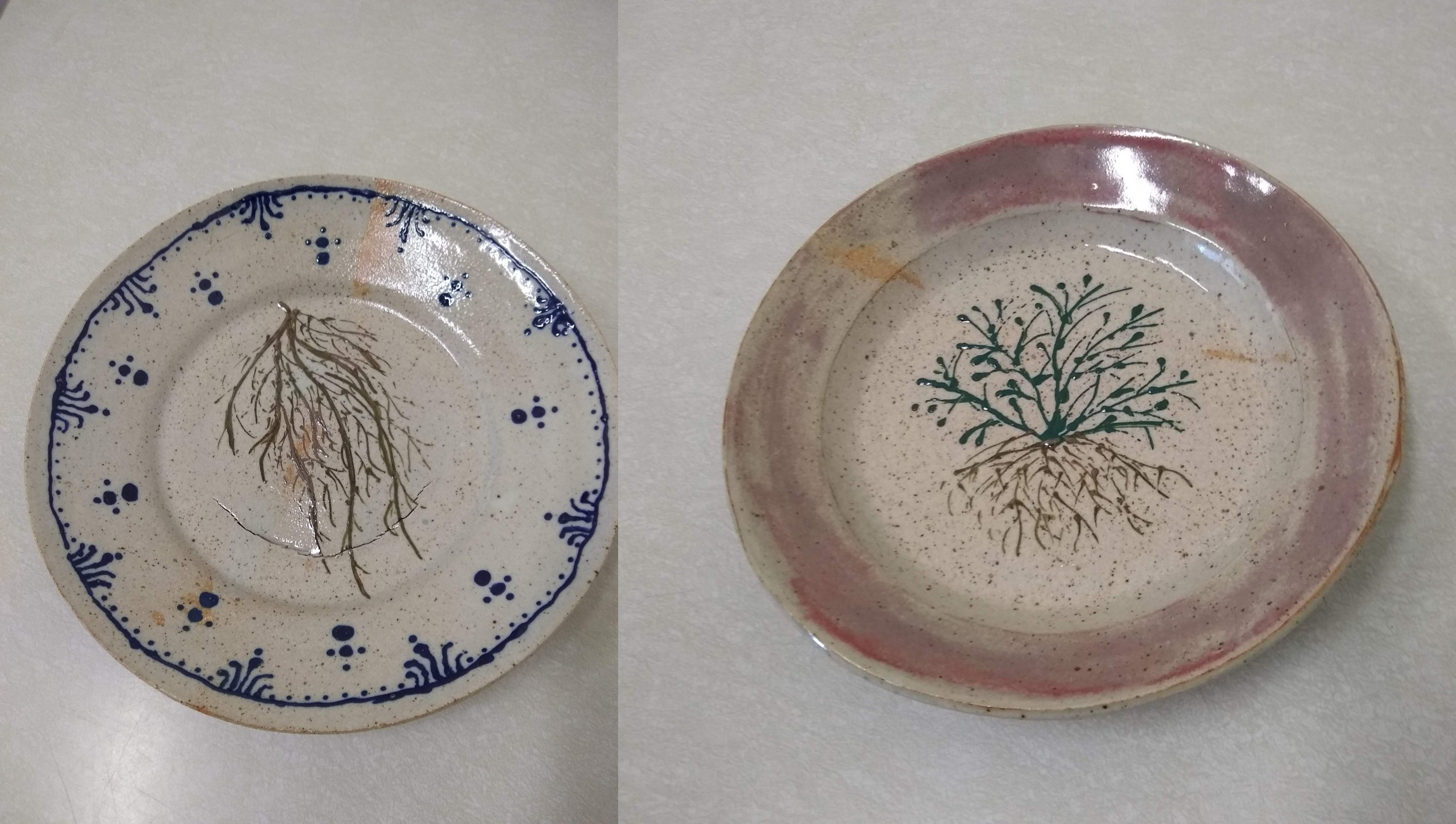 The plate with the blue edge above shows the root system of present-day maize, while the pink-edged plate to its right depicts teosinte both aboveground (green) and belowground (brown). “There, I was trying to make the point that the belowground consequences of domestication have been relatively neglected [by researchers], but that they’re important as well,” Schmidt tells The Scientist.

The bowl above features teosinte and maize growing together with an intertwined root system to represent how much of the soil microbiome has been conserved during maize domestication.