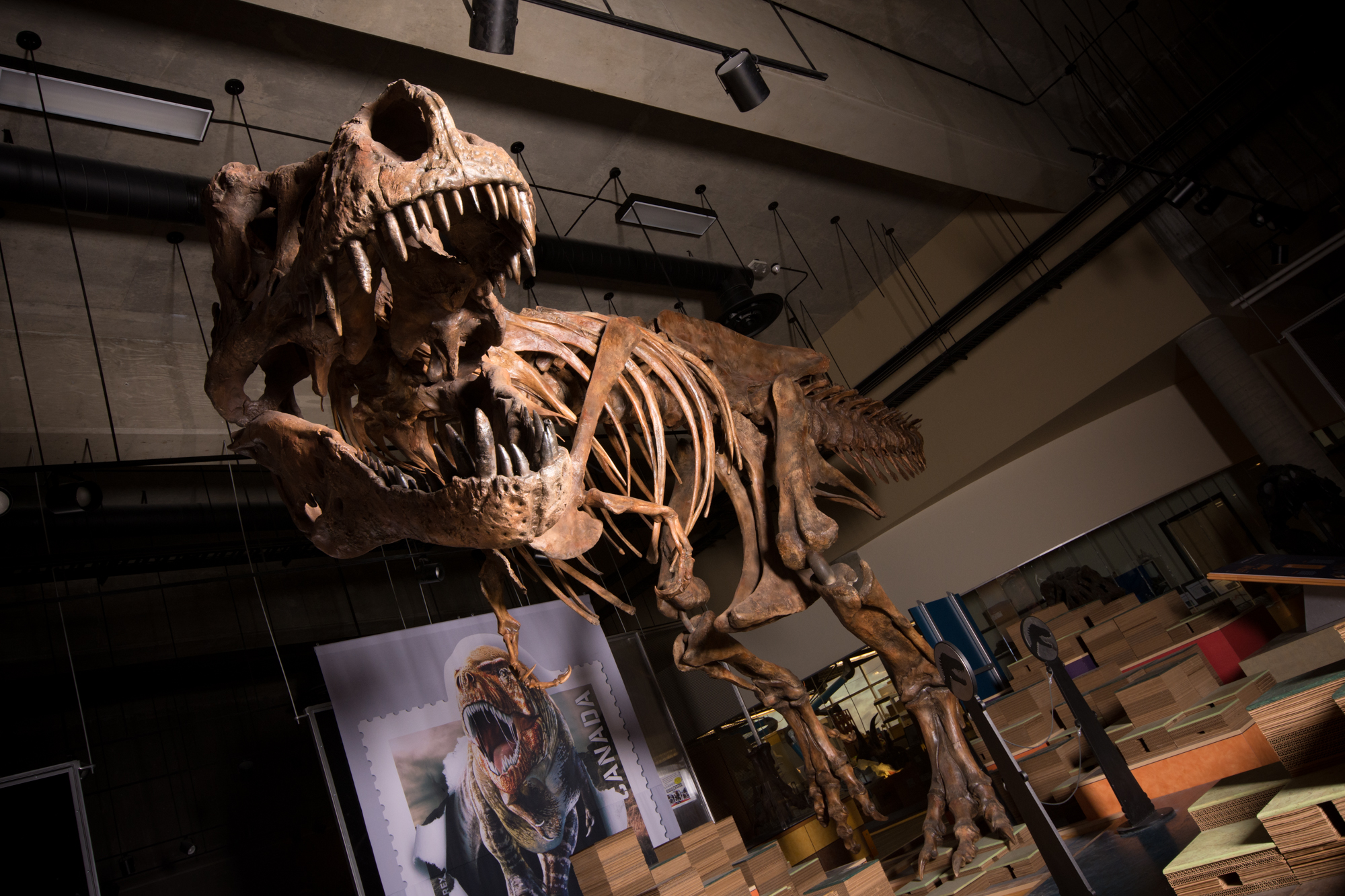 A 13-meter-long dinosaur named Scotty is the largest Tyrannosaurus rex found to date, researchers reported March 21 in The Anatomical Record. The scientists who sized up the fossil estimate that the dinosaur weighed 8,800 kg when it was alive. “[A]s of right now, this particular Tyrannosaurus is the largest terrestrial predator known to science,” coauthor Scott Persons of the University of Alberta says in a statement.

Scotty was discovered in Canada in 1991 and it took more than 10 years to unearth the massive skeleton. Now, researchers have analyzed the bones, and from patterns of growth they suspect Scotty may also be the most senior T. rex known at an estimated 30-some years old when it died.

“By Tyrannosaurus standards, it had an unusually long life. And it was a violent one,” says Persons in the statement. “Riddled across the skeleton are pathologies—spots where scarred bone...

Scotty will be featured in an exhibit opening this May at the Royal Saskatchewan Museum.