With a body the length of a grown human’s thumb, a two-and-a-half-inch estimated wingspan, and a big jaw to match, Wallace’s giant bee (Megachile pluto) claims the title for the world’s largest bee. Last seen in 1981, the species was feared to have gone extinct. But on a mission to search for the bee in Indonesia, a team of naturalists found a single female hanging out near a termite mound, they announced yesterday (February 21) in a statement. Female Wallace's giant bees make their nests in termite mounds, which they line using resin that they collect from trees with their pronounced mandibles. 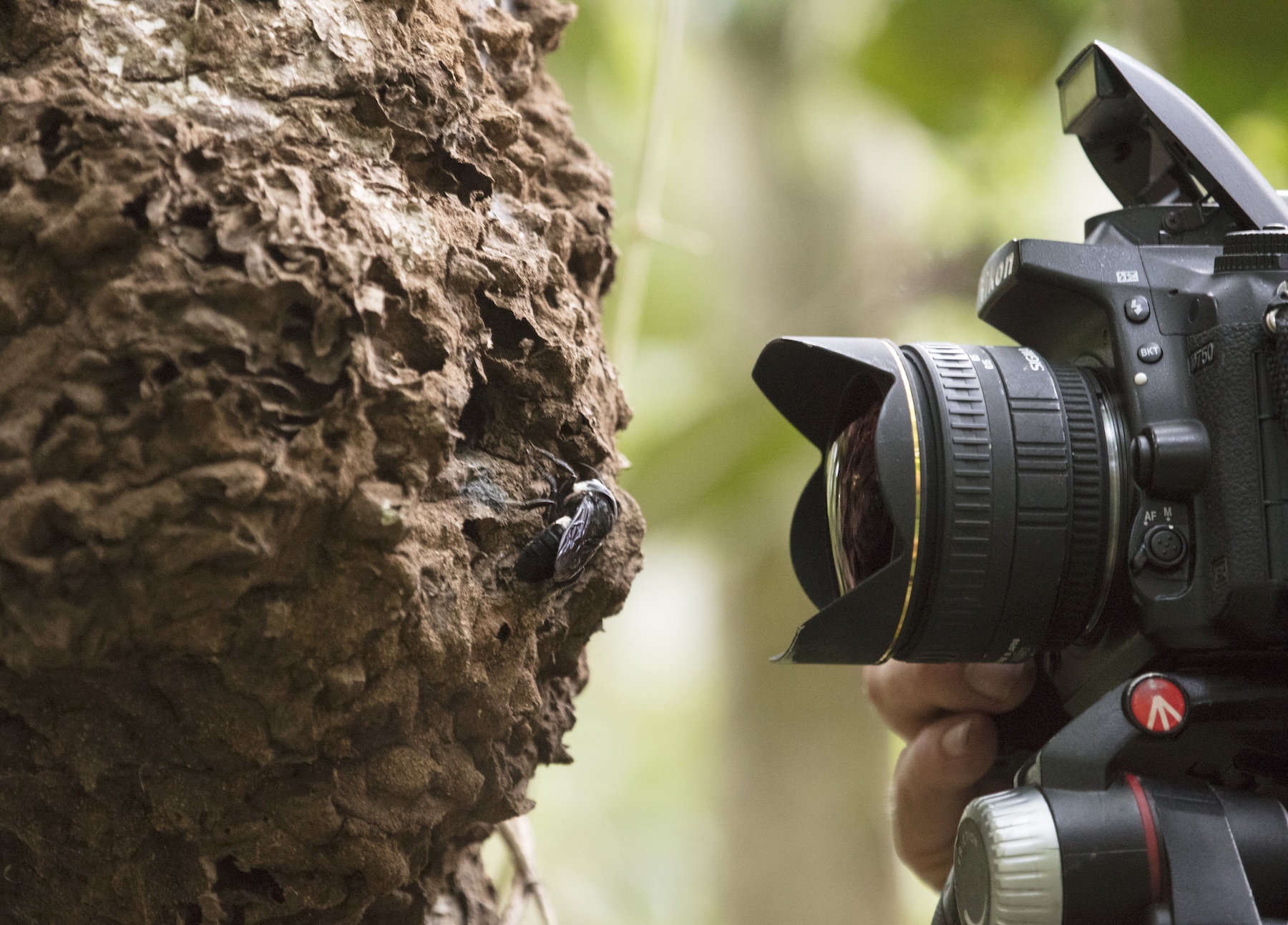