Skeleton Lake sits nestled among the Himalayan Mountains more than 5,000 meters above sea level and contains human remains of South Asian, East Asian, and Mediterranean ancestry, researchers reported August 20 in Nature Communications. Previous studies of the area, also known as Roopkund Lake, suggested that the hundreds of skeletons scattered there were deposited at the same time. Scientists found otherwise when they radiocarbon dated 38 individuals from the lake and analyzed their DNA.

Of the 38, 23 individuals of South Asian ancestry dated to approximately 800 CE and appeared to be deposited in several events. Fourteen individuals of eastern Mediterranean ancestry and one of Eastern Asian descent dated to 1800 CE.

“It was unbelievable, because the type of ancestry we find in about a third of the individuals is so unusual for this part of the world,” says coauthor David Reich, a geneticist at Harvard University, in an interview with The Atlantic. The study has led to a “far richer view into the possible histories of this site” than previous efforts provided, Jennifer Raff, a geneticist and anthropologist at the University of Kansas who was not involved in the work, tells The New York Times. 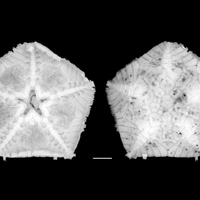 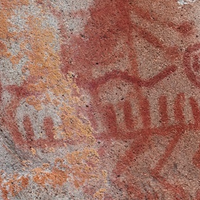