Scientists have found the 99-million-year-old remains of a baby snake.

Researchers have found the remains of two new snakes, one of which is the oldest-known fossil of a neonate, caught in Burmese amber from the Late Cretaceous epoch going back 100 million years, according to research published in Science Advances yesterday (July 18). They identified the baby snake as Xiaophis myanmarensis, while the second specimen, remained difficult to classify. 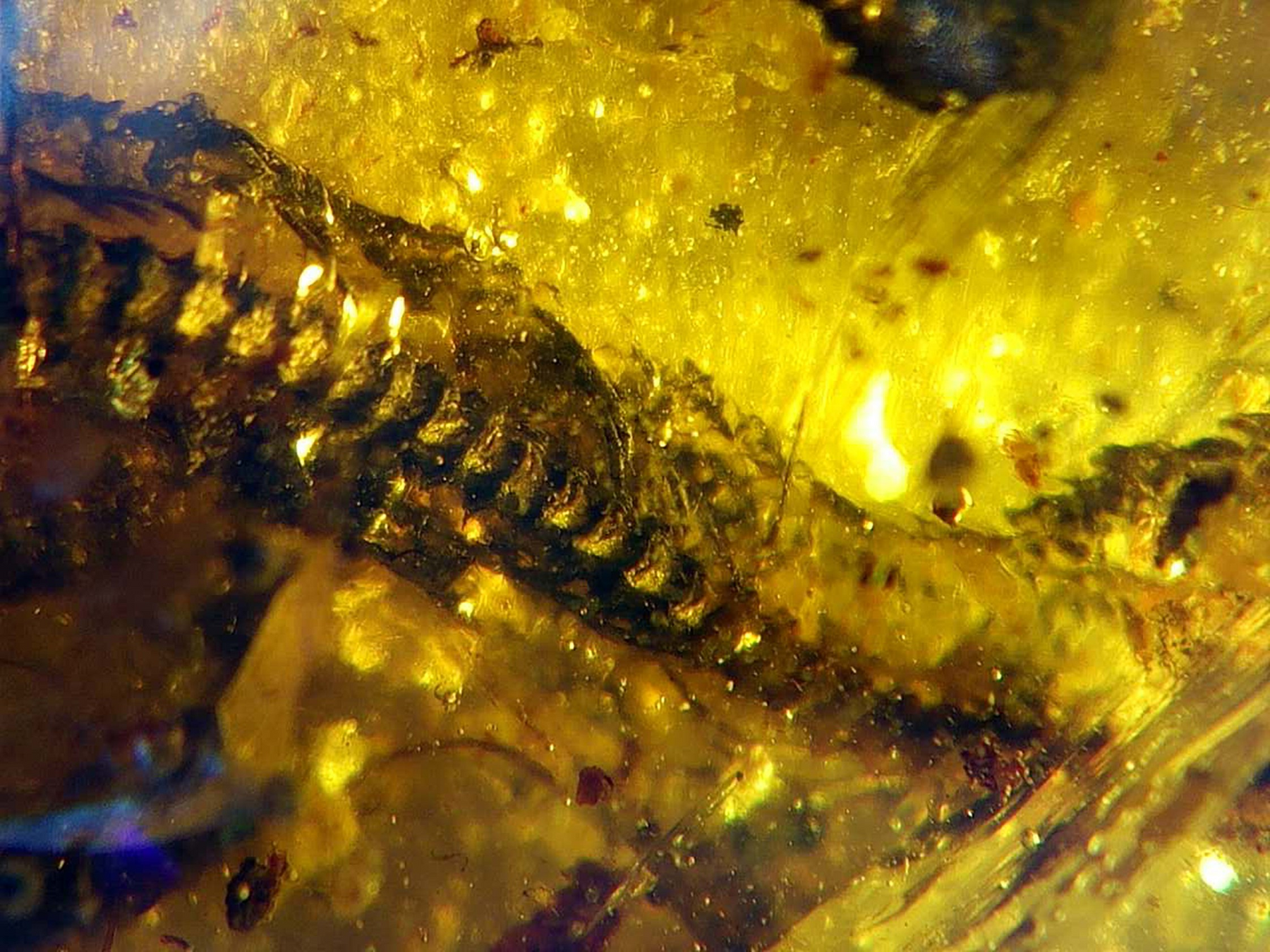 This is the first time snakes that lived in a jungle environment have been discovered from the Mesozoic period, which stretches back to 250 million years ago. The researchers used dating methods to determine that the two fossilized snakes are 99 million years old. The anatomy of the X. myanmarensis backbone matched that of...

Correction (July 19): We erroneously captioned the image of the snake vertebrae and ribs as a microphotograph. The image is a photograph. The Scientist regrets the error.