ABOVE: M. belari embryos during the first (left), second (middle) and third (right) cell division after fertilization. While the female DNA (in magenta) is replicated and segregated into each cell, the male DNA (in white) stays as a compact mass and is not used in the developing embryo. The embryos are 40 microns long.
MARIE DELATTRE

Female nematodes (Mesorhabditis belari) produce select few male offspring to provide sperm to fertilize eggs. In their asexual reproductive strategy, called pseudogamy, the females use the sperm to activate eggs but cast aside the sperm’s DNA.

After fertilization, when the cells of the developing embryo divide, the male DNA is cloistered away in a compact bundle while the female DNA replicates and gets packaged into each cell. The females of this species only produce about 9 percent male offspring, which probably mate with their female siblings, researchers reported March 15 in Science. 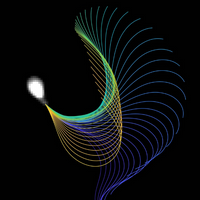 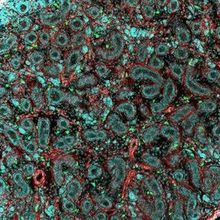 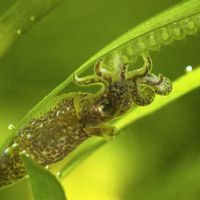