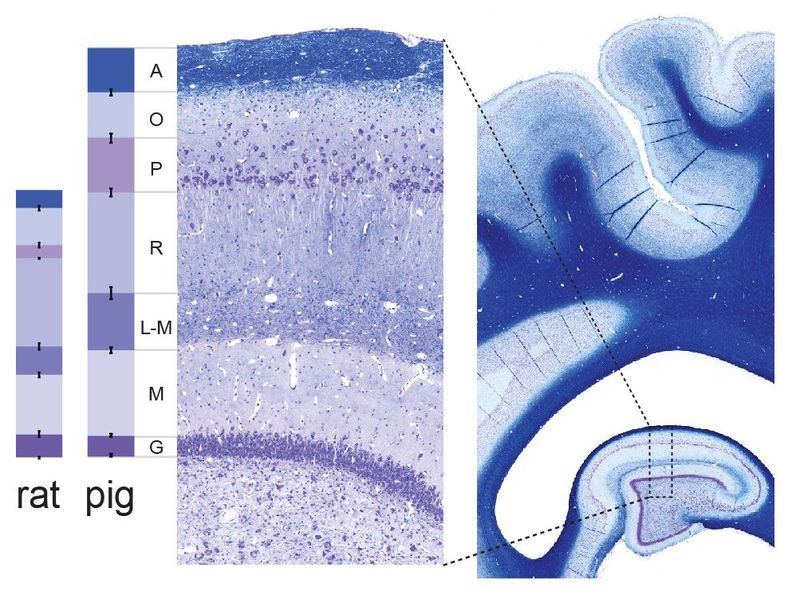 A pig brain is 50 times larger in mass than a rat brain, yet the tissue layers within the hippocampi of the two animals are similarly arranged with little difference in their relative thickness.
WOLF LAB, UNIVERSITY OF PENNSYLVANIA

Researchers have advanced methods of capturing electrical activity in the hippocampus of the Yucatan miniature pig, according to a study published September 17 in eNeuro. While the hippocampus is often studied in rodents and nonhuman primates, miniature pigs are a promising option as a model organism.

Using its modified technique, the group has found commonalities among the hippocampi of rodents, pigs, and nonhuman primates. This will further aid in the development of translational pig models to study hippocampal-related human memory disorders, the researchers propose in their report.