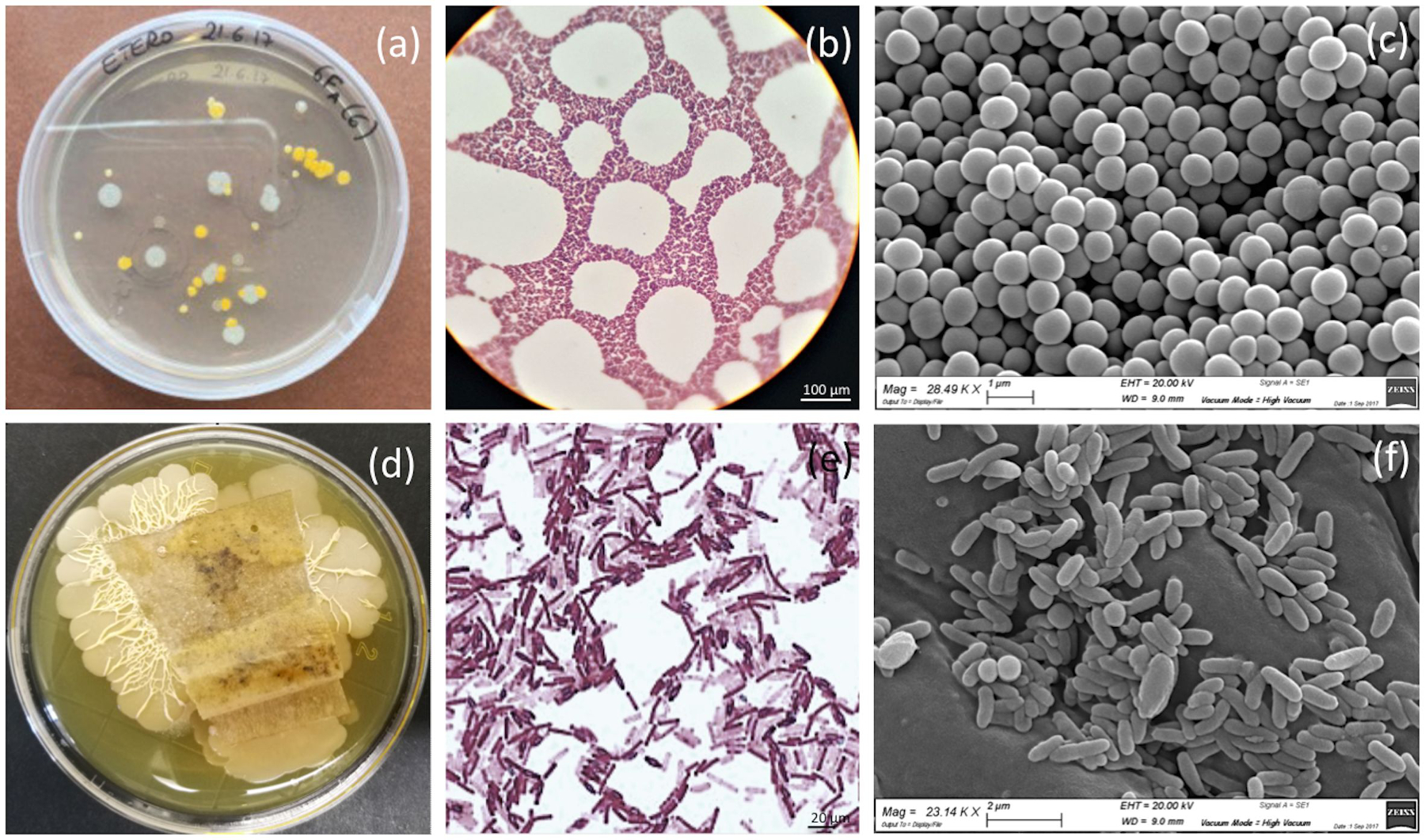 Bacteria collected from the front (top) and back (bottom) of the painting “Incoronazione della Virgine” by Carlo Bononi
CASELLI ET AL., 2018

When paintings don’t age so well, microbes may be partly to blame. In a study published yesterday (December 5) in PLOS One, researchers took a tiny sample of the 17th-century work “Incoronazione della Vergine” by Carlo Bononi and tested it to see what was living on the painting. They found multiple strains of Staphylococcus and Bacillus bacteria, plus Aspergillus, Penicillium, Cladosporium, and Alternaria fungi. The researchers then treated the work with a compound containing spores from three Bacillus strains that wouldn’t damage the painting, to help fend off the degrading microbes. They suggest such “biocompounds” could be protective for other works of art as well.

The painting “Incoronazione della Vergine” by Carlo Bononi (a), showing biodegradation to the front of the work (b) and close-ups of the damage (c, d, and e)
CC BY license, with permission from “MuseoinVita” biannual journal, original copyright 2018

Correction (May 7): In the original version of this article, the first image caption incorrectly designated which samples came from the front and back of the painting. The Scientist regrets the error.