Fruit flies (Drosophila melanogaster) create and refine changeable mental maps of their environment, according to a study published Wednesday (November 20) in Nature. A team led by neuroscientists Sung Soo Kim of the University of California, Santa Barbara, and Vivek Jayaraman of the Howard Hughes Medical Institute’s Janelia Research Campus tethered flies in an arena and flashed rotating lights onto the walls that created the illusion of movement. They then studied how compass neurons, a group of cells in the fruit fly brain responsible for spatial orientation, responded in this virtual setting.

Different compass neurons fired depending on what relative direction the fly is facing, such as left or right, according to previous research coauthored by Jayaraman. Based on the pattern of flies’ neuronal responses in the new study, the team was able to conclude that after flies are repeatedly shown a certain light sequence, visual cues of the arena become linked to specific compass neurons in the brain.

“The relationship becomes stronger as the fly repeats this experience, strengthening connections between neurons over time,” says Kim in a press release.

When researchers changed the scenery by showing different light patterns, so did compass neuron activity as the insects created new mental maps of their surroundings. The team also used light to manipulate genetically modified individual neurons, a process called optogenetics, to flip the fly’s internal compass. When lights were shown in the arena that simulated the process of turning right, the compass neurons for turning left lit up instead, showing that compass neurons are malleable. 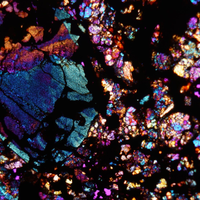 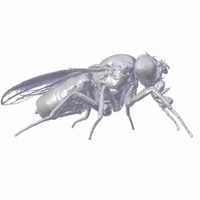 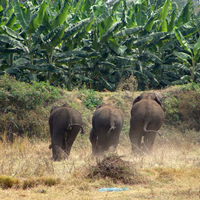