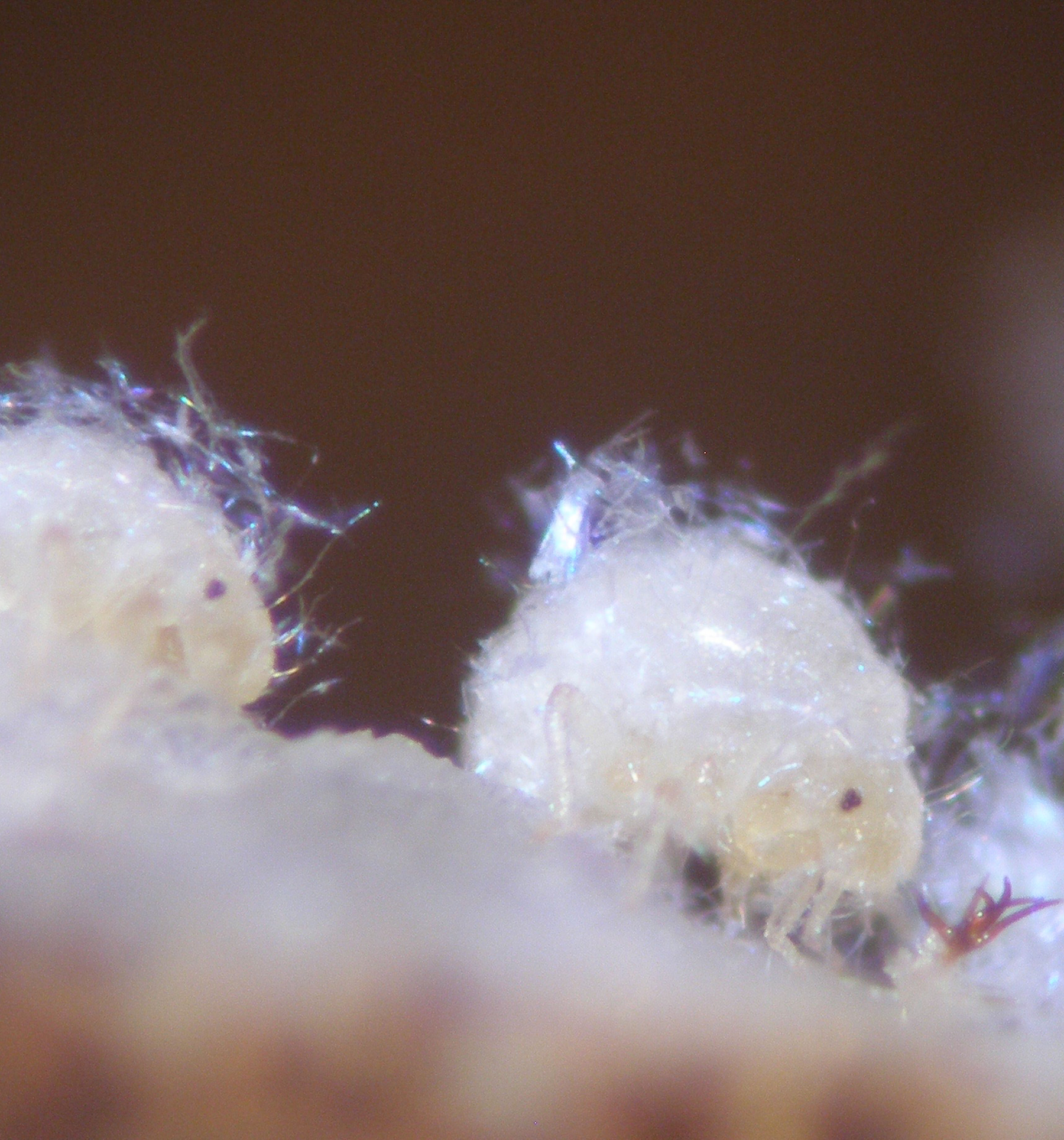 Soldier nymphs of the aphid species Nipponaphis monzeni repair a breach in the gall by secreting coagulating liquids.
MAYAKO KUTSUKAKE

Soldier nymphs of a social species of aphid, Nipponaphis monzeni, defend against predators by attacking them. They also sacrifice themselves to heal wounds caused by insects feeding on galls on the Distylium racemosumtree species where their colony lives, scientists described yesterday (April 15) in PNAS. The authors observed the aphids moving to the areas under attack and secreting liquids from their bodies that create clots in the spaces where predators have eaten plant material. The collective action by the aphids protects the colony in an act of social defense that can result in the aphid soldiers remaining trapped in the hardening liquids, report the authors.