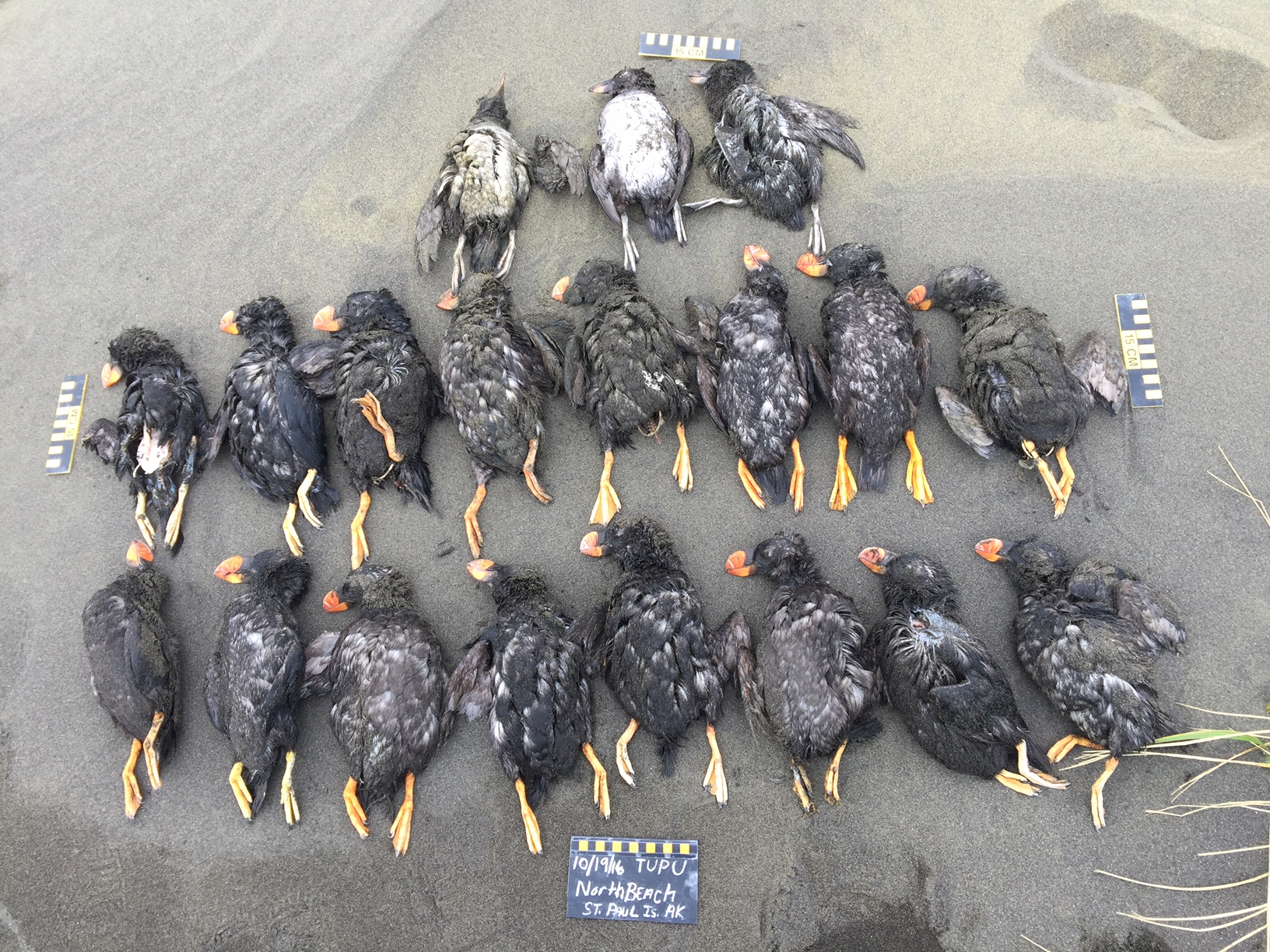 Scientists recovered more than 350 bird carcasses from beaches along the Bering Sea in Alaska during a mass mortality event from October 2016 to January 2017. Nearly 80 percent were Tufted puffins (Fratercula cirrhata), they reported in PLOS ONE on May 29. The authors state that the animals were emaciated. Shifts in zooplankton communities and fish distribution in the eastern Bering Sea that happened before the mass mortality event may explain why the birds died, according to the report.