The biomechanical effects of large sinuses in a cave bear (Ursus ingressus; right) compared to the living brown bear (U. arctos; left). The video shows the stress (represented by orange and red regions and thicker arrows) created by biting scenarios involving different teeth, namely, canine, fourth upper premolar (P4), first upper molar (M1), and second upper molar (M2). When the researchers removed the sinuses from the three-dimensional models to study how large sinus cavities affect skull geometry and feeding biomechanics (skulls labeled “Without sinus”), they found that the stiffness of the cave bear skull increased. This suggests that the bears’ large sinuses decreased the structural stability of their skulls, which impaired their ability to break down food with their front teeth and confined them to an herbivorous diet.
Dr. Alejandro Pérez-Ramos, Area de Paleontología, Departamento de Ecología y Geología, Facultad de Ciencias, Universidad de Málaga

European cave bears (Ursus ingressus), which went extinct roughly 24,000 years ago, hibernated for longer periods of time than other living bears do in order to survive the extended winters of the Last Glacial Period. Three-dimensional biomechanical simulations demonstrate that these bears had large sinuses that aided in decreasing heart rate, body temperature, and blood pressure during hibernation, according to a study published on April 1 in Science Advances, but the expanded sinuses also decreased the structural stability of the bears’ skulls, impeding their ability to hunt and forage and effectively restricting them to an herbivorous diet.

The authors of the paper argue that the combination of both long periods of hibernation and a restrictive diet may have ultimately led to the cave bears’ demise. 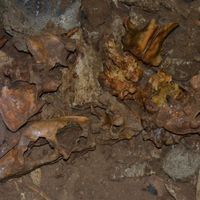 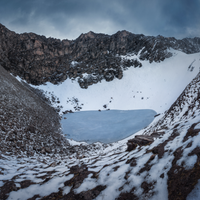 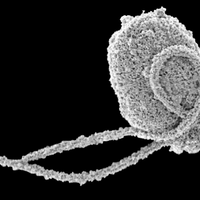