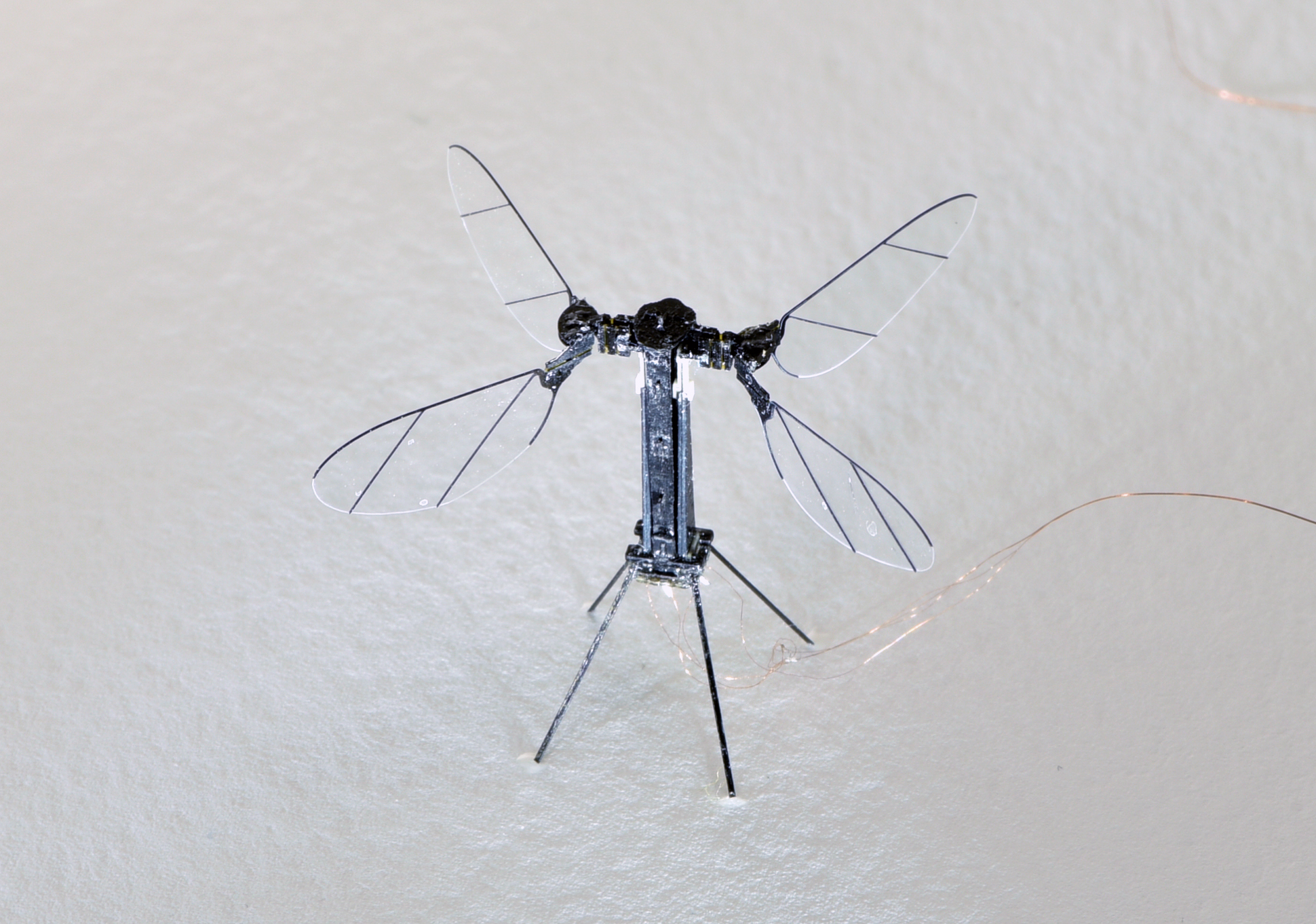 An insect-like robot can fly untethered—for about half a second—by flapping its four wings to generate lift, researchers reported in Nature on June 26. The device, called Robobee, is less than 5 cm long and weighs 259 mg. It uses solar cells to power its flight, but requires light that is more than three times the intensity of the sun on Earth’s surface to generate enough power. The robot is light enough to carry its own power supply in future flight experiments.