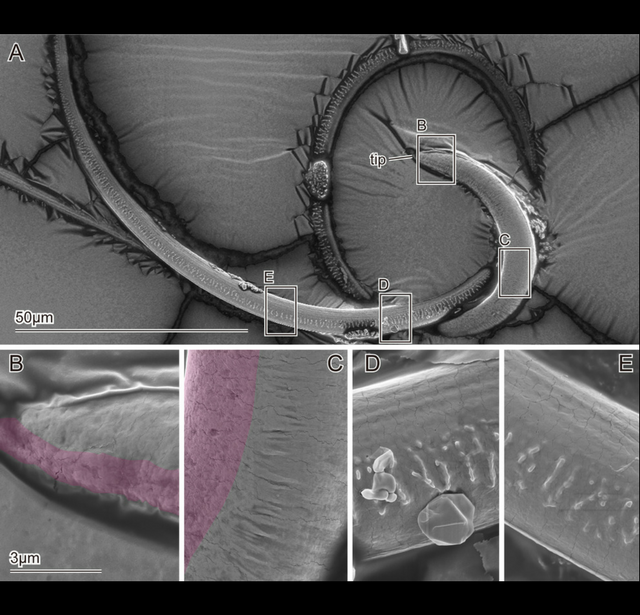 Scanning microscope image of the flagellum of Cassida rubiginosa (A), indicating enlarged images of the flagellum (B-E); pink areas represent shrunk surfacesYOKO MATSUMURA, ALEXANDER KOVALEV & STANISLAV N. GORBThe penis of the Cassida beetle is long and thin, but thanks to its soft tip and stiff base, it doesn't break during copulation. Studying the organ in detail could provide scientists with insights to develop elongated structures, like catheters, that don't break.

To learn more about the properties of the insect's penis, also known as its flagellum, Japanese scientists devised a “three-point bending test” to test strength along its length. The base of the intromittent organ was stiff, and the tip was softer, the scientists found, which they believe confers greater strength as well as flexibility. They speculate that its cylindrical shape and curled tip allow for successful penetration.