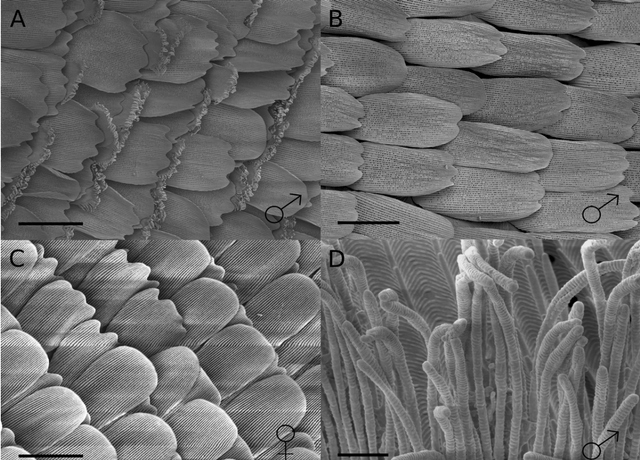 Scanning electron microscope image of the hindwing of a male Heliconius butterfly shows brush-like structures on the specialized androconial scales (A; magnified in D). The male forewing (B) and the female hindwing (C) lack these brushes.SOHINI VANJARI / BUTTERFLY GENETICS GROUP / UNIVERSITY OF CAMBRIDGE Pheromones are known to play an important role in the courtship of various butterfly species. Taking a deep dive into the pheromones of Heliconius melpomene, researchers have identified specialized brush-like “scent” scales—known as androconia—on male hindwings. These structures are involved in the release of pheromones. A follow-up series of experiments demonstrated the importance of this chemical signaling: females are less likely to mate with males if their androconial region has been experimentally blocked.