ABOVE: A model of a catfish skull with each skull bone highlighted in a different color
BRAINERD LAB/BROWN UNIVERSITY

Catfish use complex coordination of the musculoskeletal system to capture prey, scientists reported April 17 in the Proceedings of the Royal Society B - Biological Sciences. The authors used an X-ray imaging system to compare the movements during prey capture and swallowing. The catfish’s skull bones were more coordinated for the prey capture phase and operated more independently when moving the prey within its mouth.

A catfish catching and swallowing an earthworm
BRAINERD LAB/BROWN UNIVERSITY 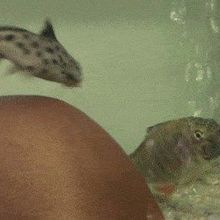 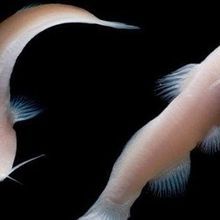