A color-changing biohybrid hydrogel was used to make a 3-D robotic butterfly, which appeared to flap its wings as color shifted from the outer edge and spread to the inside of the wings.

A combination of hydrogels and heart cells from rats is all it takes to create a biosynthetic color-changing material. Fanfan Fu of TK institution and colleagues constructed the hydrogel to mimic the autonomous camouflage abilities of chameleons, and reported their design last week (March 28) in Science Robotics.

They incorporated the material into a butterfly-shape robot, with the hydrogel etched with nanocrystals in a pattern that refracts light, and living heart cells from rats spread on its surface. When the cells contract, the hydrogel’s orientation shifts, causing the robot’s wings to appear to flap as the colors change. The researchers then used the technology to develop a biosynthetic platform with which they could use color changes to observe heart cell responses to isoproterenol, a drug that lowers heart rate. 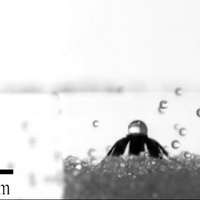 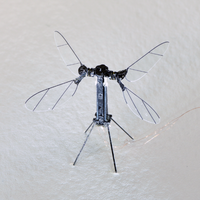 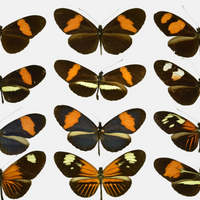