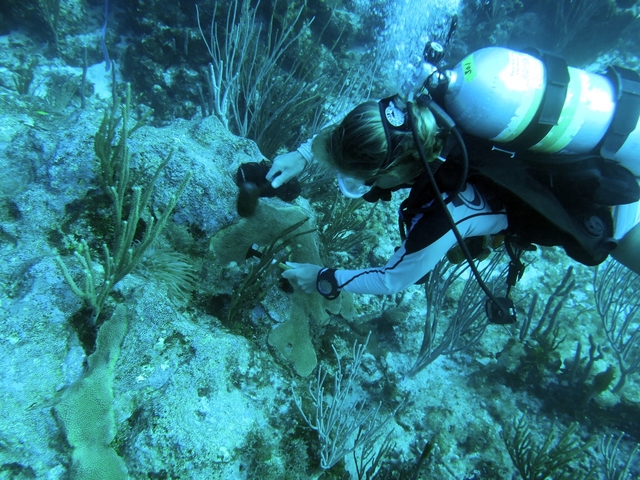 To control the spread of a wildfire, firefighters often clear firebreaks—areas devoid of flammable material—in its path. Now, researchers at the Australia Institute of Marine Science are applying the technique to slow the spread of Caribbean yellow-band disease in coral in the US Virgin Islands. In a study published last week (May 11) in PeerJ, they describe how chiseling a coral-free buffer around diseased tissue slowed the spread of yellow-band.

“If we figure out a way to actually stop yellow-band, we can save that coral; if we can slow it down, then that could increase the reproductive output of the coral,” says coauthor Erinn Muller, manager of the Coral Health & Disease Program at Mote Marine Laboratory & Aquarium in Florida, in a statement. “One good thing about studying yellow-band is that its relatively slow...